Tell us about your upcoming play at the History Theatre.

The play is called The Paper Dreams of Harry Chin, and is based on the true story of a Minnesota Paper Son. During the 61 years of Chinese Exclusion, immigration to the U.S. was illegal for Chinese nationals, but an exception for children of U.S. citizens created an underground market for the buying and selling of forged documentation. Those who entered that way were called Paper Sons. Through leaps of time and space, Harry re-lives the abhorrent conditions at Seattle Immigration Station, his longing for a life left back in China, and the possibility of love in a new land. The play is dreamlike and ghostly and feels acutely relevant during the current country-wide immigration debate. It’s also given me the opportunity to work with some really incredible collaborators—fearless director Mei Ann Teo; visionary designers Joel Sass, Wu Chen Khoo, Trevor Bowen, Abbee Warmboe, Katharine Horowitz; and brave and generous actors Song Kim, Meghan Kreidler, Audrey Park, and my husband Ricardo Vázquez—who are effortlessly playing characters who leap across decades, who paint, cook, and eat paper onstage, and who speak in the language of 1000 birds and beasts.

You recently started Other Tiger Productions with your husband/collaborator Ricardo Vázquez. What drove you to do so and what has been most rewarding so far?

When we first met, Ricardo and I recognized a kindred energy in each other—a similar relentlessness in the pursuit of excellence and a common desire to question, experiment, and provoke. In our individual disciplines—him as actor and me as playwright—we thrill to work together, but have found ourselves confined by the limitations of our respective roles in a working room. In our private spaces, we have spent years dreaming about innovative methods of collaboration, visions of equity and inclusivity, and investigations into the purpose and gift of theater in this modern world. Through Other Tiger we get to enact our visions and see first hand where they succeed and fail. Through the process of our first large scale production—The Palabras Project—I think we grew decades both as artists and as partners. And through the process had the good fortune to work with 30+ artists and create the sort of theater that we want to see—every second of it challenging, triumphant, and deeply rewarding.

Mixed race identity politics, the environment, faith, ships/sailboats, destiny, gender politics, cooking, and human migration. Families—I think since so much of my work right now is exploring lineage and mixed race experiences, I keep returning to fathers, mothers, and daughters. Ancestors and ghosts—those who guide us along the way. Our legacy as the generation who seems to hold the fate of the global community, the fate of the planet itself in our hands, the generation who must discover ways to think new thoughts. 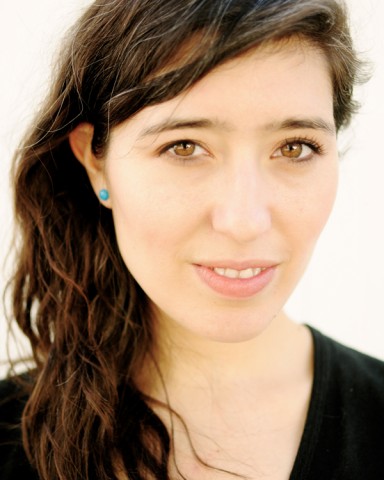