McKnight Fellow in Playwriting Benjamin Benne is workshopping his play at the very bottom of a body of water at the Playwrights’ Center this week. He is collaborating with director Marcela Lorca and actors Nora Montañez Patterson, Masanari Kawahara, Momoko Tanno*, Cristina Castro, and Julia Gay (*Member of Actors' Equity). About the play: Marina is being haunted. Every night, she dreams about drowning. Every week, she makes catfish soup. But when this ritual meal is disrupted by the disappearance of her fishmonger, she can no longer swim in the routine circle of her solitary life. She embarks on a surreal quest—all the way down to the ocean floor—to confront the ghost that is holding her captive.

Join us for a reading of the play Friday, December 8 at 3 p.m.

Learn more about Benjamin in this interview:

You’re heading into your second fellowship year after spending 2016-17 as a Many Voices Fellow. What did you learn last year that helps you approach your new fellowship year?

My Many Voices fellowship year ended up being focused on learning rewriting strategies. It was a growing pains year of revisiting a lot of older or developing work and learning to get comfortable with throwing away entire drafts and swaths of pages. In regards to the play that I spent the bulk of last year developing at the PWC (now titled #nowall), at the end of each workshop day, I went home, opened up a new document, and started the play over from page 1. I learned to embrace that I wasn't beholden to anything from the previous draft and accept rewriting as a liberating experience. This year, I'll be focusing on brand new work: going from research to a first draft. That's something that I feel like I haven't done in a while. And I definitely want to apply what I've learned last year from Paula Vogel, Lisa D'Amour, and Katie Bender about structure and be more intentional about that right from the start.

Your plays often have an element of the supernatural or magical about them. What do those elements allow you to do with your writing?

I think those elements allow me to explore the internal landscape of a character. On one end, there's realism that attempts to convey life as it is—I think the intention is to be objective. But rather than create a documentary sort of distance from the characters, I like to take the emotional experience of the character and allow that to paint the world—it's my attempt to get the audience to really enter that world and empathize (perhaps in a different way than they're accustomed to). For example, in my play at the very bottom of a body of water, when Taishi folds Marina an origami crane, she feels an attraction to him, which allows the origami crane to fly and do a dance in the space above her palm. My hope is that this signals to the audience, "Wow, these characters are really feeling something extraordinary in this moment if something outside of reality is occurring." I mean, doesn't the world actually feel a little brighter/magical/extraordinary when you're in love?

How do you make time for writing/dreaming/creating in your life?

I think creating is the natural order of my life; it's absolutely essential. I wouldn't feel human if I didn't make time to make/write/fantasize. Even when working a full time job and doing countless side projects, I'd force myself awake 20 mins earlier than necessary to get morning pages in, then my characters' voices would visit me in the shower, something would catch my eye as I'd walk to work and I'd snap a quick photo, and I carried a notebook everywhere I went to capture those fleeting bits of inspiration when they visited. All these ingredients would then culminate in a play. One of my playwriting teachers in Seattle, Rebecca Tourino Collinsworth, would often say, "Ben, it's like you write your plays in your sleep." But on a very serious/practical level, I don't watch TV, movies, or read anything superfluous anymore—I only engage in activities that are too compelling to be ignored. I've gotten really good at saying "No thanks" and I've reclaimed so much time for creating my own work by doing this.

What stories have you been interested in writing lately? Do you know why you are drawn to them?

I've recently noticed that I write my plays in threes. And all three are related thematically. I think I'm drawn to those stories and ideas because of where I am in my life and the questions that are weighing most heavily on my mind, heart, and spirit. The first three plays I wrote were about my relationship to mortality, the most recent three have been about various facets of an individual's identity, and the next three are about faith, spirituality, and religious institutions. Obviously, I like asking BIG questions but then I explore them through specific characters. Writing is my tool to search for some shred of personal enlightenment.

What do you do when you’re stuck on something in your writing?

Everyone tells me to leave it alone and come back to it later—that if I give it time, the solution will come. But I'm so impatient. I obsess over the problem and am more likely to just try another draft than sit on a project. I hate being idle. I guess one of the benefits to juggling multiple projects has been that when I feel stuck with one, I pick up another in the interim.

My plays used to pop out pretty fully formed on the first draft. Some content would change but not necessarily the characters, structure, etc. Now, I'm realizing that was maybe more a symptom of being a young writer. Because the reality is that I have 20(ish) drafts of most of my plays. And lately, my drafts 1 and 20 look as different as night and day.

The last play I wrote was a two-hander in real time. So the form was already a challenge that I struggled with. At first, I tried building momentum organically without trying to do a paint-by-numbers approach. Then I found myself resisting a typical structure altogether until I finally got over myself and succumbed to revisiting 'Night, Mother. It was a long process of learning that conventional structure can be a friend and guide. An organic process yields wonderful things but without a familiar skeleton, it's just a messy blob. I was in the growing pains stage of learning how to be in a healthier marriage with form and content.

How do you write a play about political or social issues without becoming didactic?

Through the lens of character. Why write about politics or society if I don't genuinely care about the lives of the people affected by the issues that I'm exploring?

Describe and “aha moment” or moment of discovery you’ve had.

I don't really understand the business end of this playwriting work. But during my recent time at Two River Theater for the Crossing Borders Festival, I was reminded that there are just certain people that this work puts you in relationship with that are fascinating, kind, and fun—the very best type of people—and those are the people that I was to do "business" with—our business being, "Let's play together!" I really want to reframe these "business" interactions as playdates to find my ideal playmates. 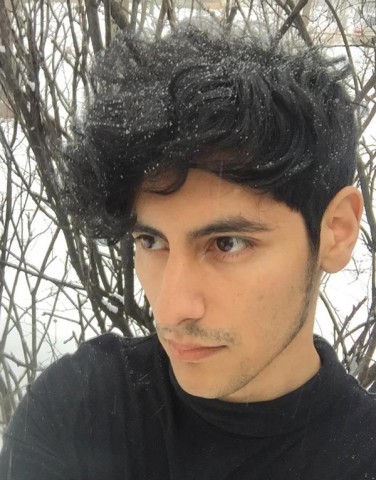