What was your experience like working on California Love as part of the Ruth Easton New Play Series last year?

I brought the state of California into the state of Minnesota and learned: stereotypes of states, what goes beyond, both provincial and universal aspects. To see an interracial cast and not have to talk about race was particularly satisfying. It felt natural as surfing and didn't get snagged on identity politics—I could purely enjoy the sublime performances of my actors Sun Mee Chomet, Nathan Keepers, and Nathan Barlow.

What have you been reading lately?

As a novice playwright, was sitting on the toilet trying to figure out how to bring two time periods together—1930's Chinese Civil War and the modern day suburbia. In the past, the Chinese General has a feisty concubine; in the present, an ice-skating defector of a granddaughter. Et voila—the concubine slams her 'bound' feet on the table, donning ice skates—'prune pits for toes, like a permanent blade in my arch.' The granddaughter has a historical essence, the concubine.

What else are you working on this year?

A musical called Soveticus about jazz in the Stalin era. Also a play called A Humbling in St. Paul about the freak infection I caught last March after working on California Love at the PWC.

Humans will hunger to sit in a theater next to other humans, watching humans perform human, to exchange dynamic and combusting molecules in order to unplug from technology and statecraft. 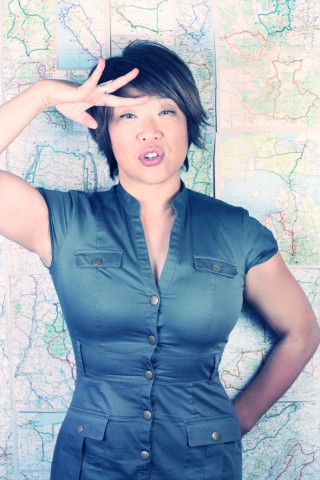