Your new play Dionysus Was Such A Nice Man is inspired by the story of Oedipus. How is working with a classical inspiration different from working on a purely invented story?

Is there such a thing as a purely invented story? I don’t think so—writers are scavengers, and everything new is woven together from things that somehow exist in the world. (You can’t reflect the world without drawing from it.) The most seemingly original things are those in which writers just combine stuff in unusual or unexpected ways.

Oedipus is a minor character in this play—he’s offstage for most of it. I was excited, though, to tap into a primal fascination with a taboo (incest) as a way to explore things I needed to explore; mostly in the realm of boundary problems, co-dependency, and alcoholism in a family setting. And I wanted to do a deep dive into tragedy; what do these long-inherited Greek ideas about tragedy mean to me as a writer and a person? Where do resilience and optimism fit in, and when do those traits work against you? What is the tipping point between fun and self-destruction?

I was sweet and shy and seemingly wise. Until I turned eleven, when I became smart-alecky and annoying.

I drew and read a lot. I was not sporty. I remember my mom signed me up for a softball team. I stood in the outfield and whenever the cute kid on the team spoke to me, I cried.

All of them. Because what they do is so important, and you have to swim against the current to build a life out of this.

But I’ll pick just a few as today’s favorites:

Roll with the punches.

Take them seriously. Introduce them to others. Cook them dinner. Give them thoughtful gifts on their birthdays.

What is something you’ve never seen onstage but would like to? 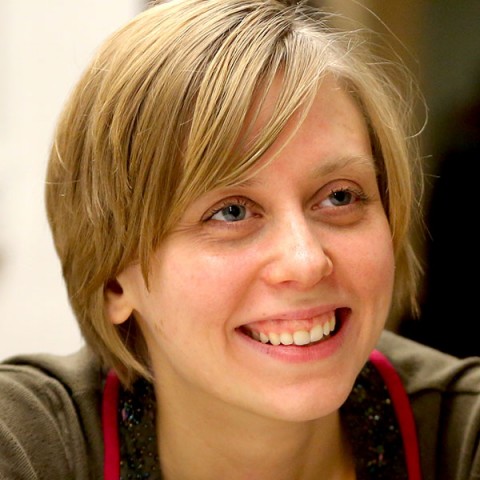