PlayLabs 2016 features three new plays, including Core Writer Susan Soon He Stanton’s we, the invisibles. Readings are Wednesday, October 19 at 7 p.m. and Saturday, October 22 at 1 p.m. Reserve your tickets here. We talked with Susan about writing for specific actors, her unique writing space, and the future of theater.

Tell us about we, the invisibles.

This play is much larger in scope and more deeply personal than anything else I have written. PlayLabs is providing the first opportunity to explore this play with an audience. I am particularly excited to share the true-life stories of immigrants in Minneapolis, a city where so many people share a similar experience.

You sometimes write for specific actors. What qualities inspire you in actors?

Theater for me is about finding my tribe and the people I make work with the best. Certain actors are uniquely talented, with a particular voice and gift for heightened language. Teresa Avia Lim is a great example of this, she can be hilarious, sexy, crude, from one moment to the next, she hits every note, and I love writing roles for her.

I’m also galvanized to tell stories about Hawai'i. Moses Goods is an actor who has Shakespearian training, and also speaks Hawaiian, pidgin, and dances hula beautifully. He is an incredible artist and it was such a joy to be able to see him finally perform the role I wrote for him in my play SEEK, at the Ruth Easton New Plays Series last year.

I honestly don’t know. But I think probably every writer has Googled something that makes us end up on some kind of security watch list.

I think my writing space is pretty unique, actually. I often write from home. I am a would-be visual artist with hoarder tendencies and embark on impractical craft projects as a way to procrastinate. There are always a lot of flowers, bones (people sometimes give me bones and skulls as gifts), flowers, Cornell boxes, home made musical instruments, and a 16 ft wall of miscellaneous art. Visitors are generally either intrigued or disturbed.

Intriguing thought exercise. Theater is a reflection of the present moment. Paula Vogel speaks about the cycle of theater, moving from naïve, to sophisticated, to decadent. So I hope in 45 years time, theater returns to a naïve state, at the onset of something completely new. In terms of content, I can’t help but think about all of the present environmental concerns and wonder how that will reflect on theater to come, and how baby boomers and millennials will be portrayed.

About we, the invisibles: In 2011, the director of the International Monetary Fund was accused of sexual assault by a hotel maid, Nafissatou Diallo, but all charges were dismissed. we, the invisibles shares the rarely-heard stories of people like Diallo, people from all over the globe working at New York’s luxury hotels. Funny, poignant, and brutally honest by turns, the play is an investigation of the complicated relationship between movers and shakers and the people who change their sheets.

About Susan Soon He Stanton: Susan Soon He Stanton is a playwright and screenwriter based in New York, originally from the consonant-free town of Aiea, Hawai'i. Plays include SEEK, Takarazuka!!!, cygnus, Furball, The Things Are Against Us, The Underneath, and more. Her work has been produced or developed at Clubbed Thumb, Playwrights Horizons, Joe’s Pub, the Lark, Kennedy Center, East West Players, Terra Nova, Flea, Kumu Kahua Theatre, and others. She is a member of Ma-Yi Writers Lab and was a member of the Public Emerging Writer’s Group, SoHo Rep Writer-Director Lab, and the Van Lier fellowship at the Lark. M.F.A.: Yale Playwriting. 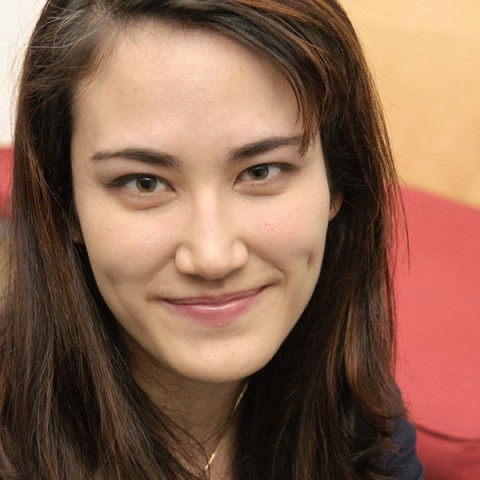