Tell us about West of Central.

The two genres that I love the most are noir and horror. I’ve already had the privilege of working on my supernatural play The Hollow in the Ruth Easton New Play Series a few years ago. This time I’m looking forward to exploring noir with West of Central. Typically, most noir features male protagonists, and I wanted to turn that on its head by utilizing a strong, black, female protagonist who has to navigate the cutthroat world of an explosively changing South Central Los Angeles. For me this workshop will provide the opportunity to revisit noir standards and to also create new ones.

You were recently doing some research in Ireland. What are you exploring?

I am examining intersections between African-American Theater and Irish Theater, such as how arts and politics collide, how the Irish Renaissance in drama helped to illuminate the Harlem Renaissance, and on a larger scale how the the Abbey Theatre's tour of the United States in 1911 helped to inform black drama as we know it. The Niagara Movement is one of the starting points for this dramatic investigation.

Mentoring other writers is a passion of yours. Why is it important?

Mentoring other writers is important to me because it helps me to teach and inspire others. I'm able to pass on my valuable knowledge in hopes of helping these writers not have to learn the long and hard way. Our business is so self-centered in a lot of ways and by focusing on others it helps to pull me away from own troubles and focus instead on helping other artists. I don't believe in ascending alone but together.

The key to a successful long-term collaboration is working with someone that you can trust, will challenge you when appropriate, and has different strengths where you have weaknesses and vice versa. I've found that the long-term collaborations that I've had have worked because we both are on the same page about goals, have an ability to communicate when things aren't going well, and both have a keen desire to dream big.

What are your tips for researching a play based on history?

I do as much research on the topic as I can stand to do. Once I feel like I've gotten a sufficient amount of information on the subject that I'm writing about I don't look at the research again and I just start writing the play. Whatever comes out in the draft are the pertinent parts of the research that has resonated with me and helped to formulate the play. Whatever didn't land in the play there's a reason for that and I don't spend that much time worrying about it and perhaps save it for another play.

It is my hope that 45 years from now we will have reached gender parity and true diversity on our stages (not just racial, but aesthetic and intergenerationally). That we will be reaching a multiplicity of audiences and not the usual suspects and that the pipeline from when one writes a play to getting it produced will be shortened. That there will not be division between the large institution and the small producing organization but there is a commerce that will have developed between them. In 45 years it's my hope that artists will continue to dream big and that they have a theater home to support and produce those dreams.

About West of Central: The year is 1966 and the remnants of the Watts Riots are still smoldering against the backdrop of South Central Los Angeles. When a mysterious man stumbles into the office of private eye Thelma Higgins looking to warn her husband that his life might be in danger, she soon discovers that the man she’s been married to for ten years is not who he claims to be. As her investigation leads her on a tangled trail of deceit, corruption, and treacherous backroom deals, she and her husband must learn to trust one another again to find out who’s trying to kill him and why. Reserve tickets »

About Christina Ham: Christina Ham’s plays have been presented at the Kennedy Center and the Guthrie Theater among others. She is the recipient of the Marianne Murphy Playwriting Award, two McKnight Fellowships for Playwrights, and a Jerome Fellowship from the Playwrights’ Center. She has received commissions from the Guthrie Theater and Park Square Theatre among others. She is a graduate of the University of Southern California and holds an M.F.A. in Playwriting from the UCLA School of Theater, Film, and Television. She is a member playwright of the Workhaus Collective and the Dramatists Guild of America. www.christinaham.com 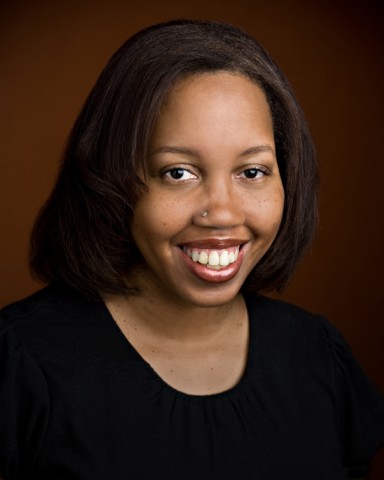