Please help us welcome our new managing director, Robert Chelimsky, who will join the Playwrights' Center team on May 1, 2017. Robert most recently served as managing director of Epic Theatre Ensemble in New York.

Playwrights’ Center board chair Steve Strand says, “As the Playwrights’ Center celebrates 45 years of championing playwrights and new plays, we enthusiastically welcome Robert Chelimsky as our new managing director. Mr. Chelimsky has over 20 years of executive leadership experience at regional and New York theaters, during which he demonstrated a passion for mission-focused work and artist advocacy. His arrival ensures that the Playwrights’ Center’s ongoing commitment to new and innovative theater-making that is diverse, inclusive, and equitable is indeed in exceptional hands.”

Much of Robert’s professional energies in the past decade have been focused on playwright support and the development and production of new work. He played a crucial role in world premiere productions and commissions of such playwrights such as Dominique Morisseau, Heather Raffo, Molly Smith Metzler, Anna Zeigler, and Nilaja Sun. Robert also helped create the Epic NEXT program, pairing young artists with artist-mentors to engage in theater-making and leadership development. 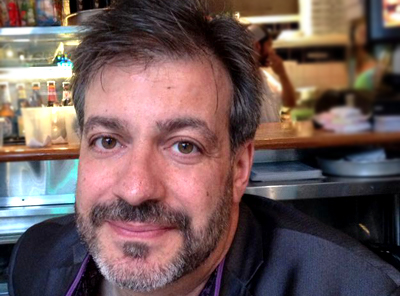 “I’m so excited to join Jeremy Cohen and the board to lead the Playwrights’ Center into its next great act,” says Robert. “I’ve been fortunate to work with organizations supporting new and diverse voices in the American theater—from professional playwrights to students learning activism through theater. What could be better than using those lessons to help us grow more adaptable in what we offer playwrights and more robust in our ongoing efforts to strengthen the field? Actually, what could be better is getting to do that in a vibrant community like the Twin Cities, and with a fantastic staff like the one at the Playwrights’ Center.”

Robert Chelimsky comes to the Playwrights’ Center from Epic Theatre Ensemble, where he served for six years as the company’s first managing director. At Epic, he executive produced the world premieres of Dispatches from (A)mended America by Godfrey L. Simmons, Jr. and Brandt Adams, and Nilaja Sun’s Pike St., the NY premiere of Jeanne Sakata’s Hold These Truths, and also commissions by Dominique Morriseau, Heather Raffo, Keith Josef Adkins, and Ken Urban, among others. Most notably, during his tenure, Epic developed the groundbreaking Epic NEXT youth development program—a program focused on building a new generation of diverse theater and community leaders. Prior to joining Epic, Robert spent five years managing Chautauqua Theater Company, where working with Vivienne Benesch and Ethan McSweeney, he helped to create the Chautauqua New Play Commission. Prior, he co-founded Gryphon Productions in Knoxville with Charles R. Miller, serving as Executive Director for eight years, producing The Bard of Education Shakespeare-in-the-Schools Tour and the Smoky Mt. Shakespeare Festival. He’s spent seven years on regional boards for the Juvenile Diabetes Research Foundation.

Robert has this video message for the Playwrights' Center community: