Sometimes, to really understand something, you have to look at it up close. That is currently the mission for Lucía Carballal, a playwright from Madrid, Spain who was recently in residence at the Playwrights’ Center for three weeks. She is no stranger to Spanish theater; her play Los Temporales was staged in June 2016 at the Spanish National Theater and another play, A España no la va a conocer ni la madre que a pario, co-written with Victor Sanchez, is currently on tour and is nominated for the National Theater Awards “Best New Play” category. However, her newest work will push her out of her comfort zone as she travels to the United States to study the place where her new play will take place.

Having spent her formative years living with an American relative, Carballal had an early introduction to American culture which is now to her benefit as she writes a play about a Spanish family exploring Minnesota and its culture. “When you are here [in America], it’s a bit like being home, which is very difficult to describe. When people go to New York, the first thing they say is, ‘I have the feeling I’ve been here before’ because you have seen that image—the streets, the bars, every corner—and you have grown up with that,” Carballal says. “So, if you ask me what’s the feeling of being here in the image of America, I cannot ignore that it’s a very emotional thing to be here.”

When Carballal reached out to the Playwrights’ Center about her goals to write in the U.S., the Center was immediately supportive of the initiative, inviting Carballal to travel to the United States and participate in meetings and activities with fellow artists in addition to the work she wanted to accomplish on her new play. One of the things Carballal was most attracted to about coming to Minneapolis was that she’d be able to see a part of the country that is not as commonly portrayed in pop culture’s representation of America, unlike New York, L.A. or Chicago. Traveling and getting up close and personal with unfamiliar places has been a major part of Carballal’s exploration as a playwright and a person. For her, it’s about going outside of her comfort zone and experiencing new perspectives. “I think, sometimes, you don’t know who you are until the moment you are seen from the other side. It’s very important to try to deconstruct all the ideas that you have always had because that’s the way your culture works or thinks. That’s part of our work. You can do it by traveling, by reading. But I think the most important thing is that you hesitate a bit and that you put yourself in a very uncomfortable situation and ask yourself ‘why do you think what you think?’”

Carballal is not the only international playwright to spend time in residence at the Playwrights’ Center in recent years. In 2007, two Japanese writers, Ai Nagai and Yukiko Motoya, came to the Center to work on new plays. In 2009, Polish writer Malgorzata Sikorska-Miszczuk worked on her play The Death of Squirrel Man while in residence at the Center. Australian playwrights Michele Lee (in 2016) and Lachlan Philpott (in 2013) spent productive weeks at the Center, along with Mark Pritchard (Resident Dramaturg, Malthouse Theatre). Fellow Australians Angus Cameron (playwright) and Tim Roseman (Artistic Director, Playwriting Australia) have a visit upcoming next month. In 2014, Playwrights’ Center Producing Artistic Director Jeremy B. Cohen traveled to Australia on a Theatre Communications Group Global Connections Grant to build relationships with play development, training, and producing organizations there. The Playwrights’ Center’s membership program is also international, with 2,000 member playwrights from 16 different countries meeting up online for script feedback sessions and educational seminars.

The international reach of the Playwrights’ Center has made all the difference to Carballal as she traveled to an unfamiliar country to write a play about it. “[In America,] I see there’s a lot of talent and there’s a need to tell stories, and I don’t feel that the support is at that level yet. That’s why institutions like the Playwrights’ Center are amazing for me and I wish for such a big country to have more institutions like this because there are many, many stories to be told and you need that support.”

Carballal hails from Madrid, and she has spent time studying in Barcelona and Berlin, Germany, introducing herself not only to other places, but other theater communities. When asked about the differences between American and Spanish theater, Carballal thinks it comes down to institutional support. While she feels that the U.S. focuses more on the workshop process and development of new plays, Spain cultivates a more complete journey from creation to stage with additional public funding and support for getting a script to production once it’s been written. “In Spain, you have the strongest feeling of being supported by the government, and it’s crazy to say this here, because [in Spain] we are always complaining that it’s not enough, but being here and seeing how it works here, I would say it’s not that bad there because you are fighting a lot in America to put your plays onstage once you’ve written it, and that shouldn’t be that way. The work of a playwright is struggling with characters and structures and words, and not with the system.”

While the creative support of the Playwrights’ Center aids the development process for Carballal, the experience of existing in 2017 America provides its own assistance. Carballal finds inspiration in the socio-political climate of the world around her. She notes that American theater is much more focused on diversity and Spanish theater is a bit behind America in regards to addressing the current social climate in theater, a topic she wants to attack head-on. “At the moment, I’m very concerned about what it means to be part of a nation or a member of a group: gender, nationality. I would like people who attend my plays to be able to feel more free in a sense, some kind of celebration of difference. I would like to communicate with many different people who I’m not able to speak with in real life, but perhaps through fictional stories that dialogue is possible.”

Despite the tension Carballal feels among Americans since arriving in post-election United States, she finds it encouraging that the state of both the country and the world seems to be bringing people together, as artists and as human beings. “This thing with what’s going on in politics... I’m very surprised in a positive way that everybody’s really concerned about it and that’s important to experience because if you don’t see that, you could think that many people support things that are absolutely crazy. But then you’re here and you see that there’s an enormous gap between what’s going on and how you feel, and at this point, I feel there’s some kind of brotherhood or sisterhood between Europeans and Americans and artists around the world because art is in a very risky situation right now and that’s what we have as our tool.”

This story was originally published on Minnesota Playlist. 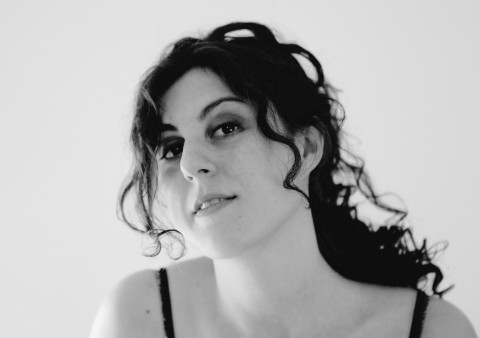