We’re excited to share this interview with Stefanie Zadravec, who is finishing up her first year as a Playwrights’ Center Core Writer. (Note: the interview was conducted late summer 2017.)

Your plays Tiny Houses and Colony Collapse (and others) deal with pressing current issues. How do you write a relevant and urgent play without being didactic? Do you need to create distance from the subject matter in order to write the play?

For me, it’s in the framing. My plays are stories set in or against a real event (the plane crash in Eastern Ukraine, life during the Bosnian War, the meth epidemic, the disappearing bee population), but they are not the story of the event. I’ll leave that to the documentary filmmakers.  If I’m doing it right, the characters and smaller conflicts take over, and it feels like I’m weaving story.

I don’t create distance from my subject matter, but I do find that my research takes me well beyond current events. As the daughter of a journalist I begin with news stories studying topical events as well as the history and politics that frame them. However, I am also the daughter of a poet, so I also focus on small details. How people dress, what TV or music they like, food, culture. From where do these particular people derive their pleasure now and in their past? People in a war still love and value things, and I’m interested in those small, silly, mundane pleasures that shape our habits and who we are. Thinking about what feeds a character’s soul helps me create more well-rounded characters, ones that aren’t just victims of an horrific circumstance.

What does comedy allow you to do? How is it useful when dealing with heavy subject matter?

I think heaviness with humor is just my essential rhythm as a person. I’m the youngest of six kids; our family was crazy, chaotic, and hilarious as we endured the effects of alcoholism, terminal cancer, mental illness, autism, drug addiction, and the like. I took great pleasure in getting my parents to laugh in the midst of things. I would describe my voice as sudden laughter arising in a moment of pain, tension, or pathos.

Have you always been involved with theater? How did it all start?

It feels like I was in theater before I could walk. It started in my basement with our trunk full of dress up clothes, the record player, and a group faithful playmates who let me talk them into making plays, all the time. I did plays and sang in school and then had an acting career for many years here in New York. It took me a long time to realize or even think I wanted to write plays, but me becoming a playwright turned out to be a surprise to no one but me. I was the last to know.

What is the weirdest thing you’ve Googled while researching a play?

It’s more the inane and basic things I need to Google on a daily basis. If anyone saw my browser history they might mistake me for a second-grader.

When I began writing, the feedback on my play was that people really liked the writing, but no one was moving forward with an offer. My agent at the time said, “people want war plays.” I thought, fine, I’ll write one.

Except I didn’t feel I had enough knowledge or the authority, or even the impulse to write about the situation in Iraq and Afghanistan, but I had been moved by the stories from Bosnia. There’s a famous photo of a woman running through ’sniper alley’ in Sarajevo wearing heels, skirt, and suit jacket. She’s on her way to work and getting shot at. That really captured my imagination. As did the writing of Alexander Hemon and the stories of some coworkers from Kosovo. I’d never been to Bosnia, but I began to research and write. Writing a story outside my own experience opened up my writing. It became more theatrical, the language rhythmic and lyrical and in working to create a reality, the play took off. It had impact. That’s when I discovered that I’m a write-what-you-don’t-know writer, and I learned to trust my imagination and love of storytelling.

My last play was a commission with a long development period. I didn’t get a lot of feedback on the work, and because I didn’t share it with others, for a long time I thought it must really stink, which was hard because I’m not someone who usually questions my abilities. Not that I like every draft, but I know I’ll eventually crack things open. In this case it wasn’t happening. It was a little paralyzing to have been given money to write something, but also know it still needed to be chosen. I couldn’t shake this sense of having to prove myself and it was defeating for me.

The play ended up premiering elsewhere, and as soon as we began work on it, the floodgates opened. I’d show up to rehearsal with 70 page rewrites. The cast was so open and incredible, and the director and I had a blast working together towards this goal of a production. It was a hard few years that led to one of my favorite collaborations ever. Happy ending, I’ll take it!

How do you balance playwriting with the rest of your life?

Ha! I have twin eight-year-old boys who have had a myriad of serious health conditions since birth—one son was born with an extremely rare lung disease and the other spent a year on the liver transplant list. Today they are high energy, healthy kids (knock wood!), but my autistic son needs 24/7 supervision, so there is no balance, only juggle. We don’t have family to help, so my husband and I just do our best to create room so that we can both pursue our careers. We don’t socialize much, and we don’t take vacations. Thankfully, we both love what we do, and working out of town allows us to see new places, nourish ourselves, and… Sleep.

We’ve always made a point of not complaining about parenthood, because we wanted kids. Autism has taught me so much about science, neurology, acceptance, and humanity. But I’ve also had to learn to say this has been isolating and hard in ways I never expected. Playwriting is that one thing that is just mine. It’s where I take all those big conflicting issues with which I wrestle and turn them into something beautiful.

What is something about you that may surprise people?

Before becoming a playwright I was the Spray-N-Wash lady on commercials.

What play do you wish you’d written and why?

Guards at the Taj. The first scene alone touches on everything it is to be a human on this planet—birthright, science, money, belief systems, love, courage, knowledge, and ignorance—and then it just gets better from there. Hilarious and heartbreaking, it is both realistic and mythical and basically everything I love in a play.

What advice do you have for beginning playwrights?

Write plays you are 100% passionate about.

No one goes into playwriting for the money and glory, so write plays about things you are desperate conquer and and communicate. That passion will get you through the roadblocks and rewrites. Plays written from the gut, from an aching heart, those are the plays that resonate.

Has anything about your writing changed since the election?

Yes. I feel even more urgency to get my plays out into the world. I spent 2 years reading about Putin’s rise and the war in Ukraine, and now here we are living out the effects of Putin’s machinations with a president who has no idea how unequipped he is to take the upper hand. And remember when Trump hung up on the Australia’s Prime Minister? My next play is set on the island of Nauru, where Australia has stranded hundreds of asylum seekers for years now. The play explores a world unwilling to accept the increase in political and geo-political human migration that is upon us. 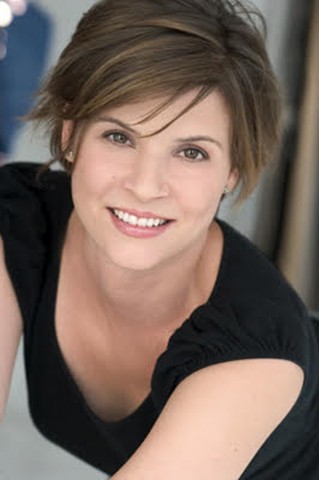