You spent time in Minneapolis as a Jerome Fellow and as a McKnight Fellow in Playwriting, so you know this area well. What inspired you to select Eden Prairie as the location for this play?

I picked it more as emblematic of Minnesota and the Midwest in general. I love the name, Eden Prairie. It sounds so iconically American. The play came out of a collision between two distinct experiences I had while living in Minnesota. The first is, I read a bunch of old letters at the Minnesota Historical Society of soldiers writing home to their families during the Korean War and Vietnam War. Those really spoke to me. To read a 20-year-old’s perspective on going to war—whether it was his own choice or because of the draft—it made me wonder what would happen today if young Americans faced a draft. The second is the time I spent up at Tofte Lake at Liz Engleman’s wonderful place [where the Playwrights’ Center fellows go on retreat each summer]. Kayaking close to the Boundary Waters made me think about citizenship and how these serene, lily pad covered waters are all that separate the United States from Canada. What did it cost those young men, during the Vietnam War, who decided to leave rather than fight?

The play is set in 1971, before you were born. There’s never been a draft in America during your lifetime. What drew you into this topic and made you want to write this play?

A lot of my family members have served in the military. My dad was in the Navy on a destroyer in the early ’60s. My grandpa was a doctor in the Army in WWII in Italy and North Africa. He enlisted right after Pearl Harbor. Two of my mom’s brothers served in the Army. I have a cousin who just retired from a career in the Air Force. I seriously considered enlisting myself, even though I’m a pacifist. Ultimately, I decided to try to serve my country with my writing. To me, being a patriot means constantly questioning America’s hypocrisies while, at the same time, being proud of America’s strengths. One of the first plays I wrote was called The Bebop Heard in Okinawa. I went to Okinawa and interviewed both Japanese and American civilians there, as well as American military personnel, and wrote a play that explored the complicated presence of U.S. bases there.

I, along with most of my peers, were highly critical of our wars in Iraq and Afghanistan. But without a draft, it’s easy for me to be critical of these wars while still living here in relative safety and paying taxes that fund these wars. During the Vietnam War, the draft forced young men to decide: How much are you willing to give up for your beliefs? I hope Eden Prairie, 1971 makes audience members search for their own answers to that question. Of course, for the audience members who were alive then and faced these questions, these are not hypotheticals. Muhammad Ali is considered a hero now for refusing to fight, but initially he was stripped of his heavyweight championship and vilified.

I wrote this play before the November election, but I cannot help but view it through a very different lens now. I believe people in my generation—who believe in inclusion, equality, and equity—are being tested like never before. How much are we willing to risk to protest, to agitate, and to enact change in our country? During the Vietnam War, American teenagers were being forced to make the biggest decision of their lives. I’m endlessly fascinated by that, and how we might learn from that era in order to more conscientiously navigate the terrifying new chapter we’ve just entered.

Structurally, the play is continuous action. Was that something you planned from the start, or simply the way that the play evolved? Did you find that structure challenging?

It’s challenging to have a single place and a single scene be your whole play, but there’s also a gift in it. You have to make the beef between these people strong enough and immediate enough for it all to go down in one go. I often think about the great work happening in TV and film now, and ask what theater can do that those mediums can’t. I always come back to theater’s unique ability to constrict time and space to its most basic denominator. You will never see in TV or film a full-length story told in one continuous shot in a single setting. Birdman is made to look like continuous action, but the story takes place in numerous places in New York City. The Zoo Story, taking place in real time only on a park bench, builds tension masterfully. And since I’m a playwright and not a TV writer or screenwriter, I think that’s the best form of storytelling there is. There can be a sense of going down a rabbit hole—if you never have a break in the action, place, or time—that can be thrilling. You literally can’t see that anywhere except in a theater. And that’s good for our business—to offer something that you can’t get in any other form of storytelling. But it is a challenge. With this play, I didn’t know at the outset it was going to be one scene, but as I kept going, I realized that it all had to go down in one night. It’s a delicate balance though, because if you lose people, it’s hard to get them back. You have to keep that tension the entire time.

Who are some of your influences as a writer?

August Wilson is my favorite playwright, hands down.

Yes! I love picturing him at the Playwrights’ Center or at some of his old haunts in St. Paul—chain smoking and writing in his yellow legal notepad. What I love about his work is that it’s so specific and intimate, and yet the questions he’s asking are so large—matters of the heart, yes, but also matters of the utmost importance historically and politically. I think that’s when theater works best—when you feel like you are in a boarding house or diner with these people, you’re breathing in and out with them, and what’s happening to them is life and death. There’s urgency pulsing beneath every word. His work continues to teach me about the urgency, intimacy, and lyricism that is possible onstage. And I was lucky enough, back in 2002, for him to see my workshop at the O’Neill of The Bebop Heard in Okinawa and talk to me about it. His words still echo around in my head and heart. August is the tops for me. I also love Sarah Ruhl, Annie Baker, Adam Rapp, Martin McDonagh, Anna Ziegler, and Rajiv Joseph. There are a lot of wonderful writers writing for the theater now.

What are you hoping to work on while you’re at the Playwrights’ Center?

I love having multiple readings to try new things out and see how they land. Since this play is continuous action, it’s even more imperative to be in the room, hearing the words aloud, and talking to the actors, director, and dramaturg about it. It’s a fine calibration. And I need an audience to go to that next step of figuring out where the play is keeping the tension and interest, and where it’s not. Also, each time I’ve come back to the play over the past year since I finished the first draft, I’ve been able to revise it with a new perspective. In March and April, I worked on an organic farm outside Mendoza, Argentina. I had an awesome time, but I was very much a fish out of water, so to speak. Since Pete, in Eden Prairie, 1971, has been working on a farm in Canada, I decided to use some of my experiences to add more convincing details to his experiences. Now, he has a monologue about killing a chicken for food, and how that brought his pacifistic beliefs into focus. And yes, on the farm I had to kill a couple of chickens. It was a vivid, disturbing experience. But also, I’ve eaten chicken my whole life, so I’ve slit the necks of many chickens before, just never with my own hands.

The last thing I’ll say is that I’m very curious to hear this play in Minneapolis, so close to Eden Prairie. I’ve been thinking about audiences, and I’m interested in whether people want to hear stories about where they are or somewhere far away. I wrote a play called Naperville that was about my hometown, a suburb of Chicago. When it played in New York, it was a bit exotic there. There was a lot of intrigue in what this place was. It almost took on this mythical quality. But then we did it in Chicago at Theater Wit this past fall, and everybody was giving me their take on my take of Naperville. It wasn’t some faraway place, it was a place most audience members already had an opinion of. Some people think I got it right, some people didn’t. So I’m curious how Eden Prairie, 1971 will hit people in the Twin Cities who actually know Eden Prairie. I’m starting to think that audiences prefer to escape the places they already know rather than see those places onstage. 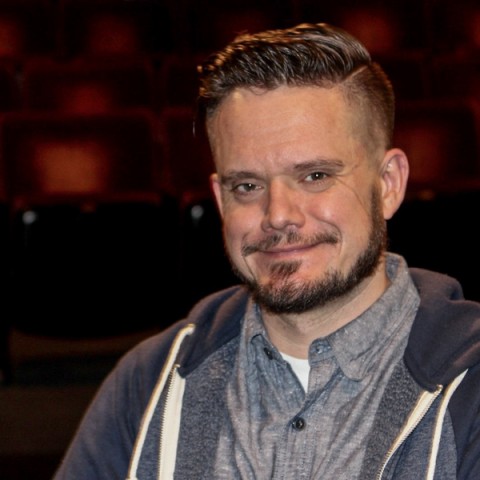