Our 2016/2017 Ruth Easton New Play Series concludes April 3 & 4, 2017 with Core Writer Lee Blessing’s Minneapolis/St. Paul. Associate Artistic Director Hayley Finn talked with Lee about bigamy and secrecy, his long history with the Playwrights’ Center, and what he learns from audiences. Reserve your spot for Minneapolis/St. Paul »

How did you decide to set this play in the Twin Cities?

I wanted to write a play about a bigamist situation in which a person was a husband in one case and a wife in the other. It struck me that the Twin Cities would be very handy for that because they are their own different spheres of experience. You can live in one of them and never be that much in the other, even though they’re cheek by jowl. So it may well be a bigamist’s paradise, in a way. In fact, years ago I’d actually known someone who was a bigamist with one family in Minneapolis and another in St. Paul—a fact which wasn’t discovered until his funeral. So to me it felt pretty natural to choose my hometown area for this play. Beyond that, the Twin Cities are an area very active in the struggle for LGBTQ rights, and this play also touches on that.

You said you wanted to write about bigamy. What gave you the idea to write this play?

I was strongly influenced by watching The Danish Girl, actually. It got me thinking about the theme. The film was very involved with what people sacrifice to feel normal to themselves, to understand their own identity. In that story a person struggles with trying to transition from one gender to another, and much of the agony of it has to do with science simply not being ready. The technology to support the decision just isn’t there yet. Also, I realized by the end of the movie I sort of wanted to date Eddie Redmayne, and that struck me as a fascinating place for it to take me. I started thinking what it might be like to be somebody in a pair of relationships as two different genders.

The characters have direct relationships with the audience. Can you talk about the direct address in the play, and why you decided to make that a part of the structure?

The feeling I wanted in the play was the sense of that moment when bigamy is exposed. There’s typically an explosion—not only of the two families involved but also sometimes in the community around them. The family members of course all feel on display. They feel the need to explain what happened. I wanted to put the audience in the role of their friends, relations, etc., hearing these accounts of things that occurred. In a way, we see the whole play from after the fact. But we also see in real time the emotional process of everyone involved. Bottom line, I felt it was crucial to create and maintain a direct connection between the characters and the audience, so this meta-theatrical convention was chosen.

It seems that you’re also addressing the effects of social media. Do you think the risk of being exposed is more prevalent now than in other times?

Oh, absolutely! We’re all learning to live in both a three-dimensional world and a two-dimensional world simultaneously. One’s a world of relatively provable physical fact. The other’s one of pure contention, where people are not required to back up anything they say—and a secret is almost never a secret. The bigamist in this story is a mystery writer who lives in a world where it’s harder and harder to keep anything mysterious.

What are some of your goals for this particular workshop?

The play’s had a number of public readings in the last year, and it’s pretty much in final form. I want to move it towards an initial production. Also I want to work with Jeremy Cohen on it. He loves the play, and I want to see how it feels to work with him on it. The Ruth Easton series is a larger stage, the show gets presented twice, it’s in the evening, and there’s more publicity.  My hope is for a wider group of people to see it and have a chance to respond.

What do you think you’ll be listening for with an audience?

With any play I’m trying to see where their sympathies lie. Which lines really land with them, what makes them laugh and what doesn’t. I tend to skulk behind an audience during a reading and spend my time reading them. There’s no more useful tool a playwright has to improve a play than the chance to watch it presented to an audience of willing victims. I hope they bring plenty of shopping bags, so they can rustle through them whenever they get bored. That was a well-known phenomenon at Broadway matinees in the old days.

You’ve had a very long and rich history with the Center. How do you think that’s developed over time?

It’s been extraordinary. I grew up in the Twin Cities area, so I have lots of reasons to visit. It’s tremendously fortunate that I can coordinate trips here with workshops at the PWC. It’s given me a place where I can work on my plays that’s one of the top resources in the country. I feel very lucky and grateful for these opportunities.

How do you feel like you have changed as a writer through time?

I don’t think I’ve changed all that much. As the eras change I can detect differences in the way I write, but they feel rather subtle and personal. I’ve always written plays that aren’t like each other, so in some ways it’s hard to know if I’m changing or simply choosing once again to write a different kind of play. The business tends to like a playwright who writes a hit play and then tries never to vary from that formula. It’s easier to market them that way. But with me, the audience never knows what the next play’s going to be about or what form it’s going to take. There may be deeper, more buried themes and features of my work that stay pretty much the same, but regarding subject matter and style, my plays vary a great deal.

What were some of your earliest influences as a writer?

Early on I very taken with European absurdist playwrights: Beckett, Ionesco, Genet—even Albee, Pinter—people like that. I couldn’t write like them. Whenever I tried, the results were horrifying. But they, and their exploration of the existential nature of humans, fascinated me. A couple years ago I saw a New York revival of Ionesco’s play The Killer, and it absolutely haunted me. They remain amazing influences. I love how they clear out all the bullshit of current events and get us right to the bottom line: “What on earth are we, and are we even worth it?”

And do you have other influences besides playwrights that you draw inspiration from?

Oh, just the political comedies of the day, I suppose. It’s fascinating in this time to watch the best and vilest human impulses come so clearly into conflict. And it’s also fascinating, though not exactly inspiring, to hear how inventive the rhetoric of hatred and intolerance can become. I’ve recently written two short pieces for different protest projects. I wonder how many more there’ll be?

Is there anything we didn’t cover that you would like to talk about?

This marks the fifth reading I’ve had of Minneapolis/St. Paul in several different areas of the country: the PWC last May, Seven Devils Playwrights Conference in Idaho in June, Orlando Shakespeare Theatre’s Playfest! in November, Skylight Theatre in Los Angeles in March, and now the Ruth Easton. It’s similar to the path of readings of For the Loyal before Illusion Theater world-premiered it a couple years ago. Maybe there’s something to this pattern.

Do you feel as if the audience’s reactions differ depending upon where you go, or is it pretty consistent?

I’m pleased they seem to be very consistent. Of course, theaters do bring in the most theater-friendly people wherever one is in the country. Still, it’s suggesting to me that in general the play has been working for those who see it.

And do you feel like it’s changed in any significant way since we read it here last spring?

I tinkered with the script to make it more consistent, and gave one or two characters a little more dimension. But the fundamental story and structure of the story hasn’t changed very much. The readings have been absolutely crucial however in getting revisions made and helping me understand how it actually works. I’m looking forward to the Ruth Easton experience. The play explores a theme I haven’t dealt with much in the past, and that’s something I always like—going somewhere new. The issues of the play are very current, so I’m interested more than ever to see how audiences respond. 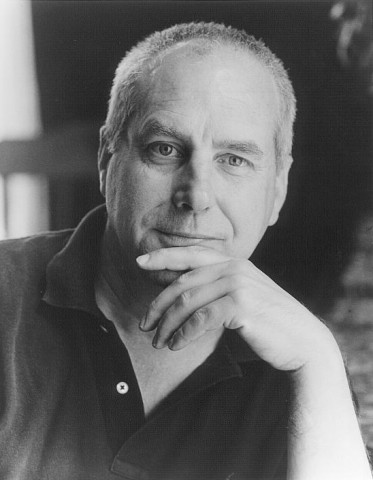