The Playwrights’ Center’s 2014-15 Ruth Easton New Play Series concludes April 6 and 7 with Romeo & Naomi Ramirez by Core Writer Kathryn Walat. Associate Director Hayley Finn talked with Kathryn about the play, what inspired it, and how she uses the theatrical space to explore the roles we play.

What inspired you to write the play?

I was first inspired to write the play when I heard an “anti-Valentine’s” special on NPR. It was the story of a young man, a high school senior, who had fallen in love with the new girl at his school. But the girl turned out to be an undercover narcotics officer, and eventually he was arrested for selling her marijuana. The NPR story was told from his perspective, and we didn’t really hear the other side, from the officer. She did come on and made a brief statement, but her lieutenant was on the other line, listening to everything she said. That sparked my imagination, the idea of how she fit into the story.

From there, I fictionalized a scenario where a young female police officer, on her first major assignment, goes undercover at a high school in South Florida, and falls for a student there named Romeo. Following the idea of “doomed love,” I decided to weave Romeo and Juliet into the story—they’re doing scenes from Shakespeare in their English class. That was the initial spark.

The subject is somewhat taboo in that Anna is an adult woman experiencing romantic tension with a high school student. What was it like to explore that tension?

Well, she’s very young, and he’s about to graduate. So he’s eighteen and she’s twenty-four—not too different in terms of age. Another character in the play is Anna’s boyfriend Josh, so I thought a lot about what sort of relationship they have, and what he’s giving her emotionally, versus who Romeo is, and maybe what other parts of her personality this younger guy connects with. I also play with the idea that on one hand she’s undercover—she is playing this character of Naomi Ramirez—but on some level, she’s still Anna. So, maybe Naomi is almost like another aspect of Anna’s character.

There are multiple layers of role play in the piece. Anna is taking on the role of Naomi and then Naomi is acting in Romeo & Juliet. Can you talk a bit about your interest in multilayered performance?

I think it’s really theatrical. Theater’s such a fun medium to explore the idea of identity and role playing. She’s Anna the police officer, but she’s undercover as Naomi, and in the scene she’s playing Juliet. That refracting of personalities is an interesting way to think about both identity and also character, in the theatrical sense.

Something else that I explore in the play is the idea of choices that are made in a moment, and the regret that one might feel afterward. Theater is perfect for that too, because of the possibility of different storylines. At moments in the script, we see a scene play out and then we kind of do a “rewind” and see another possibility. It’s something I’m hoping to support with music and sound, so I’m really excited to have a sound designer as part of the process. I want to create a situation where we’re not sure what’s reality and what’s memory—or maybe it’s a different version of the story, from a different person’s perspective. There is a certain aspect of he-said-she-said going on here, in terms of the relationship between Romeo and Naomi, but also in terms of the legal implications in the story.

Thinking about choices made in an instant, I was also influenced by current political events. The split-second decisions that a police officer has to make, in the moment of a shooting, have come up a lot in the news in the last couple years. In my play, the stakes are not quite as high—we don’t have a loaded gun here—but there’s still the idea of the police officer, in a moment, relying on instincts and having to make a choice with great consequences.

Something that I want audiences to see is a young female police officer on stage. That’s a character I don’t think I’ve seen represented in the American theater. Sometimes I see police officers on the street, especially in New York, and realize just how young they can be. I’ve been thinking about these young people, in particular the women, who are taking on great responsibility with their jobs. It also makes for really interesting dynamics, related to power and gender and firearms.

Most of your plays have very strong female protagonists. Do you aspire to write strong roles for women? Or does it just happen that way?

You know, I never think of it ahead of time. I think, who are the characters that are interesting to me? And these are the people that come out: strong, maybe powerful, maybe complicated women. When I step back and think about it, I’m excited to be bringing these women to the American stage, but it starts from a less conscious place.

We have discussed some of the serious themes in the play, but it’s also very funny.

Hopefully, yes! It’s funny, because it’s also about the fumbling beginnings of love. It’s a high school love story, and—I mean—you can’t get much better than that. My play Victoria Martin: Math Team Queen was also set in a high school, and it was such a rewarding play to work on, especially collaborating with young actors. I was also excited to return to that high school world because it’s a time when there are such high stakes, with the insecurities of love and crushes. Those stakes are fun to explore on stage.

What are some of the similarities between Romeo & Naomi Ramirez and your other work?

I feel like my plays either come from a more personal place or a more political one. And this one is a more political work—not that I have a specific political agenda, but it’s connected to issues in our world. I have a play called Bleeding Kansas that’s set in pre-Civil War Kansas, and looks at the politics and the violence that erupted during that historical time. So maybe if you took Bleeding Kansas and mashed it together with Victoria Martin: Math Team Queen, Romeo & Naomi Ramirez is what comes out.

Also, I’ve always loved Shakespeare and classical theater, so it was fun for me to have a kind of mini-dialogue with Shakespeare. The character of Marcela, in my play, is someone who I thought of as a kind of stand-in for Mercutio. I wanted to include someone from Romeo’s world, but instead of having Mercutio be his friend, I decided to make that character a woman, and have her be his aunt Marcela.

What are some of the things that you want to work on in this workshop?

The two biggest things are the sound element and figuring out how that fits together with the storytelling of the piece. That’s what I’ve done the most work on, over the different drafts of this play. On the page, it’s hard to get a sense of those moments of rewind that break the flow of the linear narrative, to give us those other bubbles of story-possibility. That’s something I really want to explore in the rehearsal room, and also to get a sense how it’s working from the audiences at the readings. And I’m thinking about the ending of the play—where it’s leaving the audience.

Also, I’m really looking forward to coming out to Minneapolis—it’s such an exciting theater town—being at the Playwrights’ Center, and getting in a room with the fantastic group of people you’ve assembled for this workshop.

Do you know what your next project is after this?

Right now, I’ve got two plays that I’m working on, both influenced by a sense of place. One is called Small Town Values, set in the small town in Massachusetts where I grew up. The other is a kind of spooky ghost story set in Savannah, where I’m currently teaching. That one’s a two-person play, which is something I’ve never done before, so I’m excited for that new challenge. 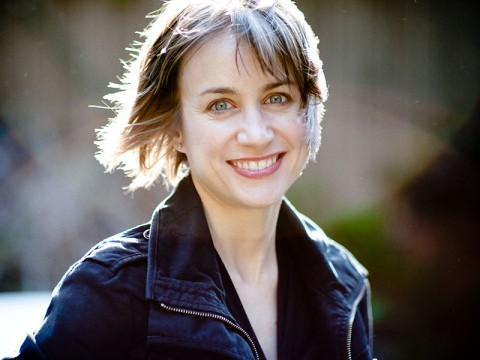