In the Time of the Volcano

In the Time of the Volcano
by Playwrights’ Center Core Writer Jen Silverman
Henry has become the janitor at his kids’ high school after losing his job, while his wife Luce struggles to hold onto her own. Meanwhile, their two sons are struggling to understand their own potential as they become ever more aware of their parents’ failures. When strange news from the past reaches Henry, it explodes into all of their lives, changing how they see Henry—and ultimately themselves. A play about what happens when we’re offered a chance at dreams we didn’t even know we had…

FROM JEN: “The play is inspired by research I’ve done about a ‘cargo cult’ on Vanuatu (a Pacific Island nation) that worships a mysterious man named John Frum. The cult is thought to have been formed around an American soldier stationed briefly overseas; even the name John Frum is thought to be short for ‘John from America.’ In thinking about what it means to worship a man who might, essentially, be utterly ordinary, I also began to think about what it means for an ordinary man to be worshipped—especially in this current cultural moment, where our country is embroiled in a volatile conversation about white male power, privilege, and entitlement. I’m excited to spend my time at the Playwrights’ Center digging into the first draft, and asking both big-picture questions about how the play fits into our national conversation and small-picture questions about character arcs and play structure.”

The Playwrights’ Center is wheelchair-accessible. All readings are accessible to people with vision loss, and large print programs are available upon request. For questions about accessibility or to request accommodations please contact Alayna Barnes at (612) 332-7481 or alaynab@pwcenter.org. 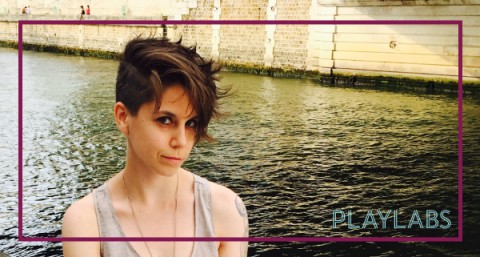