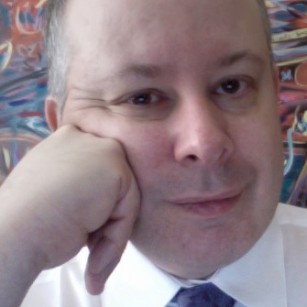 • Goddess Of The Hunt (Development at the Kennedy Center and ESPA/Primary Stages.)

Doug also wrote the books for children’s musicals based on Shakespeare’s The Tempest and As You Like It, which were produced at New York’s Vital Children’s Theatre.

He has studied with Mark Bly, Gary Garrison, Jacqueline Goldfinger, and Caleen Jennings at the Kennedy Center; with Robert Askins, Rogelio Martinez, Winter Miller, and Michael Walkup at ESPA/Primary Stages; and with Karen Hartman, Lyle Kessler, and Eric Webb. He is a member of the Dramatists Guild.

I need one. Anyone up for the job?

Growing up gay in the “fabulous” 70s was no picnic for the precocious Phillie McDougal. Through nuns, priests, bullying classmates, parents – and years later the realization his best friend may not be the person he thought she was – he lived to tell the tales, with results no one bargained for. Including him.

“When staying the same becomes unbearable, we must burst out of our comfort zones.”
– Dana P. Rowe

The Fierce urgency Of Now is a fast-moving comedy that follows art director Kyle as he tries to discover his real self amid the power struggles and skewed priorities of a high-powered New York ad agency. After an office restructuring puts him in a new creative group run by the megalomaniac Kate, he finds an unlikely ally in copywriter Dodo, a living-legend from the era of “Mad Men” who not-so-gently prods Kyle to the uncomfortable but inevitable realization that “It’s time to take off. And soar.”

In an alternate London of 1820 during the joyous reign of King Stanley V8, Elinor and Marianne Wood, the illegitimate daughters of Sir Henry Dashwood and his cook, have become Nell Dash and Nance. Their vile half-sister-in-law Lady Fanny Ferrars Dashwood stops at nothing to keep them from getting a single penny of the annuity they have inherited, whilst at the same time trying to attain the two strands of pearls given the girls when they fled Devonshire, pearls which have mysteriously disappeared and have a strange history of their own.