Transplanted from Texas, I began working with Sundown Collaborative Theatre in 2009 as an actor, deviser, and designer. I became a company member in 2011, and in 2014, Sundown produced my playwrighting debut, paper backs.

Soon after I loaded all of my belongings into a rental car and drove straight to Washington, DC, where I joined forces with theatre company Pinky Swear Productions. From 2015 - 2018 I worked with Pinky Swear as a graphic designer, writer, actor, and social media manager, making silly pics and memes on Pinky Swear's Twitter and Instagram. In April 2018, Pinky Swear produced my play Use All Available Doors to sold out houses in former-trolley-station-turned-gallery Dupont Underground.

I've had plays produced in Chicago, DC, Dallas, Massachusetts, and Nashville and I'm currently a member of the Playwrights' Center, the Freelancers Union, and artists' collective District Misfits. In 2018, I helped Thembi Duncan launch the theatreWashington Mentoring Program, which I now lead.

I am trans and nonbinary and require everyone to use they/them/theirs pronouns when referring to me in conversation and writing (including interviews, professional previews, and reviews). Click here for more info on how to use my pronouns. 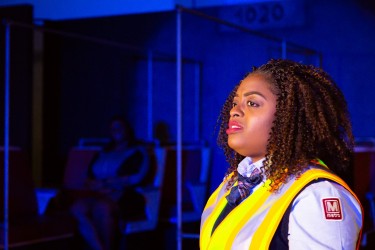 Use All Available Doors
by Britt A Willis

Use All Available Doors follows a soon-to-be-decommissioned WMATA train car, a grieving operator re-evaluating her life’s path, and a revolving door of passengers as they travel the length of the Red Line from Shady Grove to Glenmont. A vignette occurs between each stop, highlighting the diverse nature of the Red Line’s path, including a parade, a sing-a-long, and unsolicited foot washing (that one's a true story).

This project was developed in part through support provided by CulturalDC’s Performing Arts initiative.

Cast:
SHERRY:​ a train operator in her late 30s-40s and AN ENSEMBLE OF METRO RIDERS 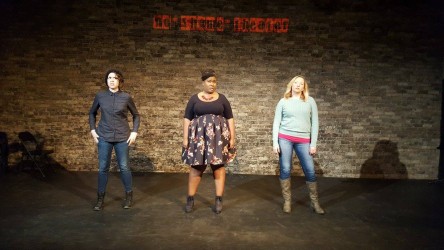 23 Opinions No One Wanted
by Britt A Willis

A performance piece inspired in part by articles like HuffPost’s “23 Trends Men Hate (But Women Love)” and interactions between femme & women artists and cis men.

23 Opinions is bite-sized theatre, written so performers can present it quickly without much rehearsal at any available venue, from street corners to parties with boys who brought guitars.

The lines are not delineated so each group of performers can choose the lines that best fit.

A New Day
by Britt A Willis

A child and their parent crashed on a mysterious planet with only the ship’s computer to assist them. Now an orphan, the child has built a life for themself in this place, content until encountering a strange new visitor intruding on their home. 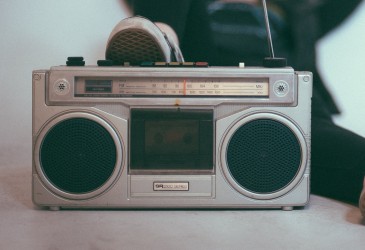 Son of Apollo
by Britt A Willis

A ten-minute play on desiring and fearing "masculinity." Phaethon desperately wants to prove he is not only Apollo's child, but Apollo's son. Clymene fears her son takes on false affectations to prove his identity to others. 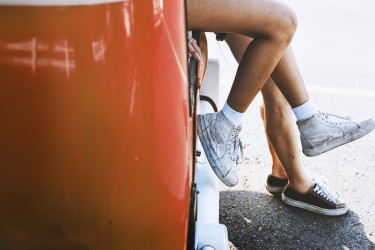 Thea & Lily
by Britt A Willis

Thea & Lily are stranded at a gas station in the middle of nowhere, but that's alright... Lily has a plan.

In the future, the people of D.C. (now a corporation) must compete on a game show in which they present robot CEOs sufficient proof of their usefulness. Winners get to continue working, losers are dispatched dispassionately, and everyone loses. 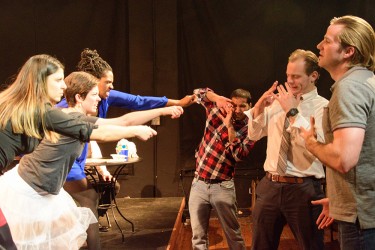 As we interact with each other in this world, we constantly have to juggle and struggle with how we identify ourselves versus how others identify us. In "ID," identity, privilege, and more are explored at a dive bar through music, drinks, lively discussion and, hell why not, dancing. 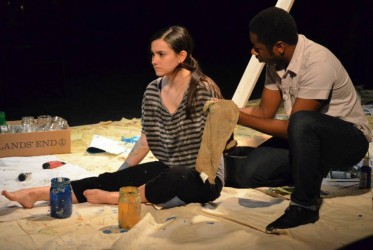 paper backs
by Britt A Willis

A scholar and artist navigate their passion for their art and each other while stuck in a relationship that continuously cycles back to the beginning. 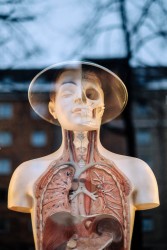 This Vessel Is A Fragile Thing
by Britt A Willis

In search of development opportunities.

Over three nights and three dreams a non-binary person explores their relationship with their body, their family, and their desire to escape from the internal and external conflicts surrounding them.

The first night they dream of turning into a tornado and destroying their hometown.
The second night they dream of fighting in a war with their grandfather.
The third night they dream of a future where they can transition into any form they choose.
As the third dream progresses, it shifts, trying to please and keep them in the dream, away from the real world problems they so desperately want to avoid.

Cast:
THE BODY: they/them/theirs, to be played by someone gender non-conforming (no exceptions) and AN ENSEMBLE WHO PLAY: People from The Body’s hometown, The Body’s partner, The Body’s sister, The Body’s grandfather and other soldiers, Futuristic interviewers, researchers, and research participants
Social