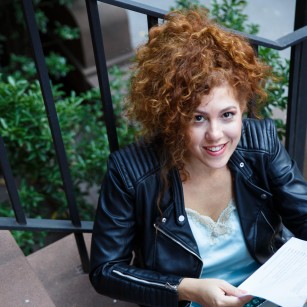 CAYENNE DOUGLASS New York City based playwright. Her plays have been produced at Ensemble Studio Theatre, New Perspectives Theatre Company, Dixon Place, Brave New World Repertory Theatre, The Midtown International Theatre Festival, The Big Apple Theatre Festival, ESPA Primary Stages Detention Series, Manhattan Repertory Theatre, The Players Theatre, FEAST: A Performance Series, The Village Playwrights, The Living Room Theatre, Step 1 Theatre Project, CalArts New Work Festival, Edmunds Driftwood Players in Seattle and “Ain’t I a Woman” in Louisville, KY. In 2018, Cayenne participated in The First Stage Residency through The Drama League and was awarded The Barn Arts Residency in Bass Harbor, ME and The Emerging Artists Residency [in association with the Jerome Foundation] at The Tofte Lake Center in Ely, MN. She has been published by Smith & Kraus in three monologue anthologies and was a Kennedy Center Region 1 finalist 2019 and semifinalist 2020 for The Gary Garrison National Ten-Minute Play Award.

Cayenne was recently accepted into Take Ten Theatre Masters, a national MFA Playwright Festival. Her short play, Variable Rates of Kindess will be published by Samuel French in their Take Ten Antholgy. In March, her full length play, Maiden Voyage was the second place recipient of the Kennedy Center's Lorraine Hansberry Playwriting Award, and is being recognized for distinguished achievement for both the Rosa Parks and Paula Vogel Playwriting Awards.

Cayenne attended CalArts in the theatre department and graduated from Goddard College with a Bachelor of Individualized Studies. She is currently pursuing her MFA in playwriting at Boston University.

PLEASE NOTE:
As part of Theatre Masters, Vairiable Rates of Kindness was supposed to receive a production in assosation Rattlestick Playwrights' Theatre May 2020 but was cancelled due to Covid-19.

Maiden Voyage was suppose to have a full production with Fresh Ink Theatre in Boston May 2020 but was cancelled due to Covid-19. It is now available for a World Premiere.

Variable Rates of Kindess is a National Finalist