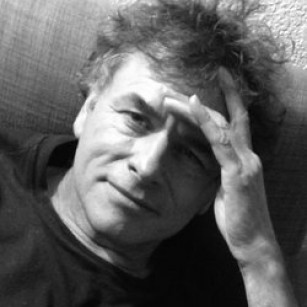 Bill's plays have been produced by The Kennedy Center for the Performing Arts, The Orlando Shakespeare Theatre, The InterAct Theatre in Philadelphia, The San Diego Rep, The Berkeley Repertory Theatre, the Salt Lake City Acting Company, the Actors Theatre of Charlotte, the International Theatre Festival in Israel, the Stadt Theater Walfischgasse in Austria, the Jewish Theatre of Toronto, The Bloomington Playwright's Project, the Detroit Rep, the New York City Fringe Festival, the Civic Opera House in downtown Chicago, the Durban Performing Arts Center in South Africa, and over 150 other theatres worldwide.

Samuel French, Playscripts, Heuer publishers and Next Stage Press have published Bill's plays. He has won numerous playwriting contests and awards including two Rolling Premieres from the National New Play Network, the Reva Shiner Comedy Award, Larry Corse Prize for playwriting, the Mill Mountain Theatre's Festival Of New Plays, The Greenhouse Festival Of New Plays, The National Playwright's Award, and the Bay Area Critics Award for best production in San Francisco. In addition Bill has been a finalist at the Eugene O'Neill.

In addition Bill is a Hollywood screenwriter. In years past he was a staff writer on the NBC sitcom My Two Dads (Paul Reiser) and was a freelance writer for the NBC show Fresh Prince Of Bel Air (Will Smith). He also wrote the 100th episode of the NBC sitcom Amen (Sherman Hemsley), which guest starred Kareem Abdul Jabbar. In addition he sold a movie to Ron Howard's Imagine Films and optioned another to Filmways. He holds an MFA in Screenwriting from UCLA and is a member of the WGA.

Bill has an extensive publication record including articles, short stories, plays and books. He has co-authored four books, including: Naked Playwriting (Silman/James), Playwriting: From Formula To Form (Harcourt Brace), Screenplay: Writing The Picture (Silman/James), and The Art of Theatre (Wadsworth). The Art of Theatre is now in its 3rd edition and required reading at over 100 universities. Screenplay: Writing the Picture is also in its 3rd edition and was recently published in Warsaw, Poland. 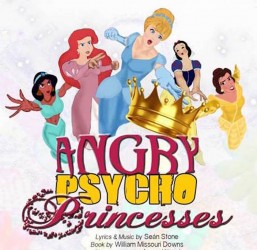 How To Steal A Picasso
by William Missouri Downs

“A farce with an edge!” – The Kansas City Star

“Amid all the crazy plot turns, Downs finds opportunities to make valid statements about our perceptions of art, delusional self-styled “artists” and how art has lost any meaning beyond its value as a commodity.” – The Kansas City Star

"How to Steal a Picasso has the audience chuckling by the end of the first several speeches. It maintains its humor in what the author calls "farcical reality" all the way through the fast two act show that is still able to make its serious points.”  Broadway Word

“The energy of a pinball machine, all flashing lights and erratic chimes and emotions that pivot with the stroke of a flipper…  How to Steal a Picasso is an unapologetically zany joke fest, but Downs finds time to toss a few telling contradictions into the fray.” Kansas City Pitch 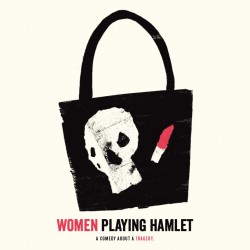 "This wickedly clever new play from William Missouri Downs, dubbed 'a comedy about a tragedy,' uses an all-woman cast to explore questions of courage and conscience in a modern setting, managing to both spoof Shakespeare and pay homage to him in a two-hour show that moves like lightning." The Patriot News Harrisburg

"With the colorful script and vivid characters Women Playing Hamlet is a slam dunk..."Kansas City Examiner

"What's amazing lies in the script where Downs dissects Hamlet's intricate character and puts all aspects of Hamlet's persona in Jessica's challenge to scale the ladder to play the part." Kansas City Examiner

"Downs's script has... theater history and some of the eternal questions about playing Hamlet woven into its fabric, along with funny and sobering truths about the actor's life." Miami Herald 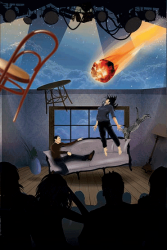 Farce - Finalist at the Eugene O'Neill   Published by Playscripts

"Downs is playing clever, agile games with reality, perception and identity here. This play is a highly elastic exercise in irony and self-awareness of from that put me in mind of The Stunt Man, and perhaps I'm a sucker for this stuff, but Mad Gravity is inspired satire and one of the best times you're likely to have in a theatre this month." Arts Louisville

"Exquisitely smart, with brilliant comic riffs on Dadaism, religion, domestic relations and personal morality (after all, if the world is actually going to end in an hour, figuring out whether looting, praying or having sex is the best way to validate the significance of life becomes a question of some urgency)." Louisville Weekly 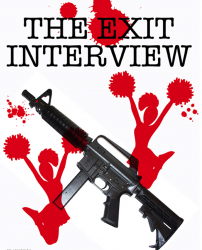 A rip-roaring send-up of Americanized Brechtian angst that had the audience howling.”- Stage Magazine

“The laughs keep coming — even as audience members might think with a twinge, "Ouch, that might be me." Some will no doubt be offended by one non-politically correct moment or another. But with luck, all will be forced to think.” - Orlando Sentinel

“A gleefully boundary-flouting riff on religion, piety and the limits of belief...William Missouri Downs’ bonkers theatrical carnival is to conventional plays what Burning Man is to a weenie roast. It’s like an elaborate, lovingly constructed spitball aimed at the idea of divinity...Downs’ vision for it is nothing if not ambitious; he shoehorns comedy and commentary about religion into a broader construct of questioning and messing with pat perceptions of reality, taking his cues from the work of the German theater icon Bertolt Brecht.” -  San Diego Union Tribune

"Downs’ rip-roaring send up ricochets with Brechtian interludes and a cast including a pair of deranged cheerleaders, a pretentious newscaster, soccer moms and German doctors—each addressing universal questions regarding facts, faith and fate in this timely, dark comedy that breaks down all the walls of logic and realism." LA Theatre Beat 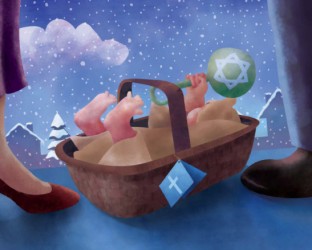 "Kosher Lutherans is quite sharp and surprisingly funny" – Toronto Mirror

“A delightful comedy with message and heart.” – Louisville Courier Journal 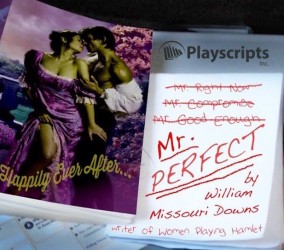 "Hysterical! If you're going to see a play as a sort of escape you will get more than you bargained for here." nytheatre.com

"...Downs flexes his considerable wit in asking if our ability to live in the present has been quashed by our need for familiar outcomes. If that sounds like a lot to get your mind around, fear not, for Downs brings this down to earth in the person of Zooey, an audio-book junkie, who wants her life to be the incarnation of her favorite taped stories."  Denver Post

"Probably the wittiest new play in the last few seasons, Mr. Perfect is also very wise. In this case Mr. Downs' laser sharp pen skewers our need to have lives reflective of the romantic visions of authors of the past who floridly illustrate the way relationships should begin love at first page and end happily ever after."  Colorado Critic Corner

"In classic Durang style, Downs weaves these seemingly obscure and unrelated encounters with hilarious and thought-provoking questions. The questions, however, can be whittled down to one basic and universal question -- How can we fix our lives?"  Denver Theatre Examiner 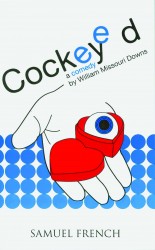 Winner of the Greenhouse Festival of New Work (1st place out of 300) at the HotCity Theatre in St. Louis.

"Rocking with laughter...hilarious...polished and engaging work draws heavily on the age-old conventions of farce: improbable situations, exaggerated characters, amazing coincidences, absurd misunderstandings, people hiding in closets and barely missing each other as they run in and out of doors...full of comic momentum as Cockeyed hurtles toward its conclusion." - Talkin' Broadway 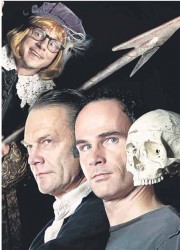 HEADSET - A view from the light booth
by William Missouri Downs 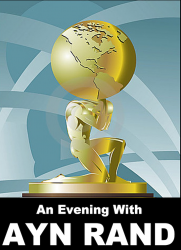 An Evening With Ayn Rand
by William Missouri Downs 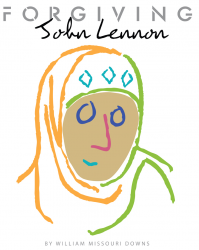 This darkly comic drama was inspired by the cancellation of Ayaan Hirsi Ali's commencement speech at Brandeis in 2014, the Charlie Hebdo attacks and my own personal travels through the Middle East. 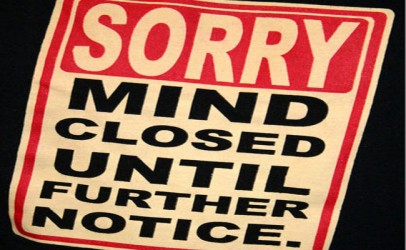 Life On My Knees
by William Missouri Downs

A comedy about an agnostic who takes a job teaching at a fundamentalist religious college in Kansas. It came in 2nd place out of 500 scripts at the Julie Harris Playwright Award Competition at the Beverly Hills Theatre Guild. 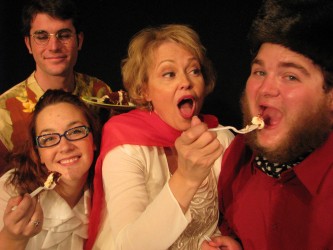 Seagulls In A Cherry Tree
by William Missouri Downs

A Chekhovian comedy about two Hollywood screenwriters who have been hired by Disney to adapt Chekhov's The Cherry Orchard into a new movie for Mel Gibson. (5 men, 3 women, unit set)  - Winner of Larry Corse Prize for Playwriting 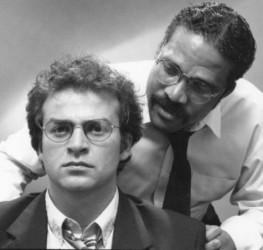 A contemporary comedy/drama, which deals with the relationship  between Blacks and Jews The Ann Arbor news said that Innocent Thoughts "Rivals David Mamet's Oleanna.” The Denver Post called it “Thought-provoking” and said that it was “unfailingly honest."    Published by NextStage Press

A Dark Comedy About Teaching  - Published by Playscripts 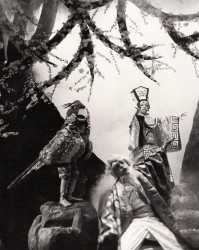 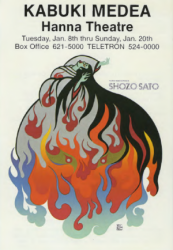