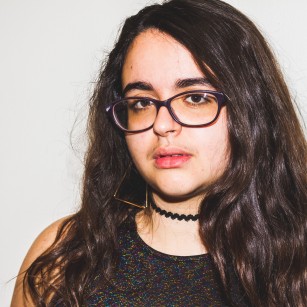 Viviana Prado-Núñez is a published author, poet, essayist, and theatre-maker born in San Juan, Puerto Rico. Previous publications include The Best Teen Writing of 2014, 4x4 Magazine, Columbia Spectator, and Quarto Magazine, in which she was published as the winner of the 2017 Morgan Parker Poetry Prize adjudicated by Morgan Parker. She is also the 2017 winner of the Burt Award for Caribbean Young Adult Literature for her initially self-published novel, The Art of White Roses, which was republished with Papillote Press in May 2018 as a part of a global literacy initiative to provide over 2,500 free copies of award-winning books to children in the Caribbean. Her first play, And the Trees Fall Down, received a workshop production with the 2018 Furnace Festival at The Center at West Park, and has since gone on to earn her one of six spots as a 2019 National Young Playwright in Residence with the Echo Theater Company in L.A., for which she is writing her second play, Medusa, Underwater, under the mentorship of established playwright Mike Batistick. She is currently a senior at Columbia University. 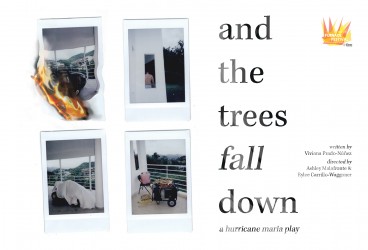 And the Trees Fall Down

Two months after Hurricane Maria, a brother, a sister, and a tree guy gather at Abuela’s house in Puerto Rico for a Thanksgiving dinner of vodka, birthday cake, and an elegiac kind of nostalgia. Things turn tragic when a tree damaged by the hurricane injures Abuela and lands her in a Puerto Rican hospital without power or water. At the end of the play, the generator blows and she is abandoned—a lone island onstage. When she cries for help, no one comes. A heartbreaking, hilarious, and deeply human portrait of people and places left behind—of trees threatening to fall down, tractors ascending to heaven, the never-ending whirr of generators, the dull ache of aftermath, and how some people live with it (or don’t). 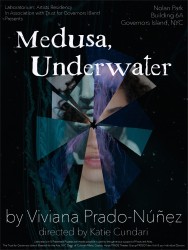 Drawn from Ovid's Metamorphoses and Italo Calvino's Six Memos for the Next Millenium, Medusa, Underwater reimagines the Medusa-Perseus myth as a romance in a surrealistic universe in which Medusa is locked by her Sister in a room split by a one-way mirror for being a monster, while Perseus is a "therapist" who has come to "fix her." While primarily an exploration of the myth of female monstrosity, it is also a poignant, at times quirky, and deeply poetic piece in the style of Sarah Ruhl and Sarah Kane that explores Latinx identity and the roots and consequences of abusive love. Bathtubs like fish tanks, Spanish rock-related tongue twisters, and raspberry ice cream included.

Writing Medusa, Underwater under the mentorship of Mike Batistick

And the Trees Fall Down