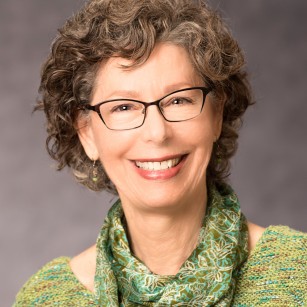 Sue Schleifer’s first play, Take Down The Letters, developed after opening a box of letters she’d kept in her closest for many years. She spent six months slowly reading the letters, taking notes, and wondering what sort of writing project might emerge from them. It wasn’t until dinner the first night of the Port Townsend Writers Conference in 2015 that clarity happened. The woman sitting next to her said that her project sounded like a play. A lightbulb went off, and Sue began her work as a playwright.

Sue’s second play is entitled, What Matters, and she is looking for developmental opportunities for it while she conducts research for her next play.

She is the author of two books: Cultivating a Mindful Life and The Key to the Castle: Zen and Travel Stories of Trust, about internal and external journeys.

Schleifer is the owner of Life and Leadership Coaching, providing coaching and organizational development consulting services to individuals and organizations throughout the United States and beyond.

She has an M.A. in Counseling Psychology, is certified as an Integral Coach and earned the Professional Coaching Credential from the International Coach Federation. She helps her clients to communicate clearly and with compassion. She practices mindfulness and enjoys sharing with her clients ideas and tools for stress management and living mindfully. Her understanding of the human condition and how people communicate informs the themes and dialogue in her plays.

Schleifer has returned to the theater after acting as a teenager. An avid theater-goer throughout her life, she began writing plays in the past five years. She is now passionate about playwriting. 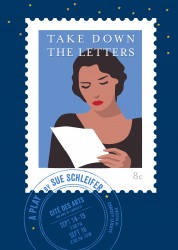 Take Down The Letters
by Sue Schleifer

Finally ready to clean out her husband’s closet, Lynn discovers a box of letters high up on a shelf. Should she read the letters? She invites her mom to accompany her on the journey that takes them to the 70s where they meet a confused young budding feminist searching for freedom, love and how to live a creative life. What do the letters reveal? What will Lynn learn about herself, her relationship with her husband and her mom? You may leave the theater asking yourself what you will do with the letters in your closet.

Cast:
Lynn: A woman in her early-50’s. More scientist than artist. Joyce: Lynn’s mother, in her early 70’s. A retired therapist with a quirky bent, a passion for crossword puzzles, and an extensive collection of reading glasses. Starshine: A woman, 18 - 28 years old over the length of the play. A dancer and thinker with a hippy-ish look and a questioning mind.
What Matters
by Sue Schleifer with Emily Duryee

Haunted by a story of a woman dying alone in her apartment, Marie confronts her own mortality. Her fixation on death ensnares everyone in her orbit, including her nephew, her devoted best friend whose husband died too early, and her husband Peter, who wrestles with anxiety about his upcoming retirement. Marie is determined to confront her fears, to understand life and death from more than her own white, liberal perspective, plan a peaceful end of life, and live fully once she determines what really matters. Unbeknownst to Marie, her obsession with death draws the attention of the big wigs at Death Corp who dispatch a Grim Reaper on a recon mission.

In 2018 I received an Art Spark grant to produce Take Down The Letters in Lafayette, LA. The production won five Rosie Award nominations.

The play was accepted into the InFringe Festival in New Orleans in 2018 and two performances were done at Cafe Istanbul in November of that year.