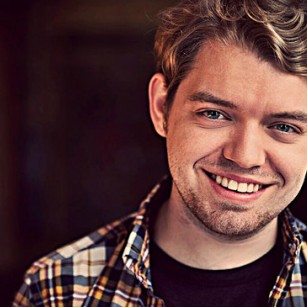 Spenser is an Arkansas-born Chicago-based award-winning writer-director... and lover of hyphens, apparently. He's the recipient of the 2020 Elizabeth George Commission from South Coast Rep, the 2019 M. Elizabeth Osborn Award from the American Theatre Critics Association, was a finalist for the Harold & Mimi Steinberg/ATCA New Play Award, and has been nominated for four Joseph Jefferson Awards, winning once. Two of his casts have also won the Jeff Award for Best Ensemble (AT THE TABLE, 2017; PLAINCLOTHES, 2019). He's an ensemble member of The Factory Theater, a nominator for the Kilroys List, and is the current Michael Maggio Directing Fellow at The Goodman Theatre.

As the Director of Programming for Chicago's Broken Nose Theatre, he pioneered their Pay-What-You-Can ticketing model, which brought a new level of economic accessibility to the young company's work. He's also overseen the development and production of nearly 80 new scripts, through programs like their annual Bechdel Fest and The Paper Trail new-play development series, both of which he co-created. His 2017 production of AT THE TABLE was named "One of the Best Shows of the Decade" by Storefront Rebellion's Kris Vire.

His writing includes PLAINCLOTHES, SICK, UNDERDOGZ, MERGE and the 2020 virtual play THE SPIN, which Stage & Cinema called "my favorite online production since theaters began shuttering last March" and Chicago Tribune's Chris Jones named "a prima-facie example of off-Loop formative invention... as immersive as a pandemic show ever could hope to be." His short plays have been produced across the world and have been published by Smith & Kraus. He's a series writer and director of the short-form comedy series SQUID; its first five episodes are now available on Amazon Prime. He also acts in a few of the episodes, and he’s not too bad. He is proud to be represented by Luke Virkstis at William Morris Endeavor.

So much love to Elise & his two rescue cats! 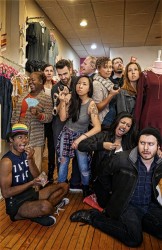 When a violent encounter with a shoplifter leaves half of their team fired or in the hospital, the security guards of a downtown Chicago retail store find themselves under corporate investigation. Short-staffed, ill prepared, and faced with accusations that threaten to dismantle the crew, they’re forced to decide: do we give the higher-ups exactly what they want, or do we try to do what’s right – even if it means risking everything? PLAINCLOTHES is a story of tribalism and taking a stand set against the bright, boisterous backdrop of the holiday shopping season. It is also the first part of The Mag Mile, a quartet of plays centering around working class Chicagoans in the midst of moments of intense accountability. 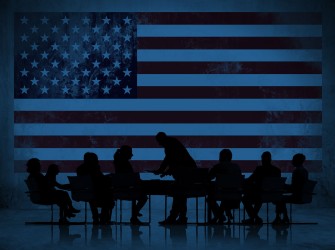 ~ "Wickedly satirical... a prima-facie example of off-Loop formative invention. As immersive as a pandemic show ever could hope to be..." - Chris Jones, Chicago Tribune

September 2020. Politics are at a boiling point, COVID is rampant and Zoom calls are still the absolute worst. When the Public Works Director of a major city confesses to a horrible crime, a team of spin doctors are brought in at the last possible second to pull off a tough assignment: prepare the Mayor’s top aide for a crucial news interview, distance City Hall from the controversy and point the public’s attention elsewhere. And do it all entirely over video-conferencing. At a time when live theatre is at a standstill, THE SPIN is a brand-new dark comedy written and produced entirely for the virtual medium. 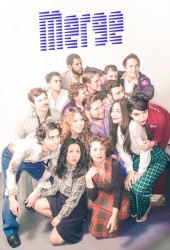 In 1976, Atari was the fastest growing company in the history of the United States, an arcade manufacturer with a workplace fueled by pot smoking, jacuzzi parties and nobody wearing socks. When they're forced to sell themselves to Warner Bros. to stay afloat, they quickly realize that corporate cash comes with baggage. Exhibit A? They have to start wearing socks. MERGE is the story of a small band of programmers who stand up and fight back against the very company that saved them from bankruptcy, in a battle that threatens to crash an entire industry.

It was the second time in three years that one of Spenser's productions won the coveted award, following his 2017 production of Michael Perlman's AT THE TABLE.