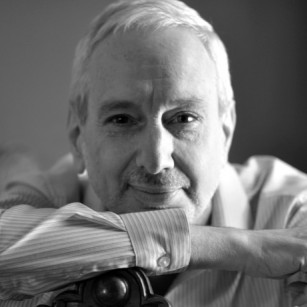 Norman co-composed the score to the Broadway and off-Broadway productions of the musical play STRIDER.  For the Broadway production, he was the first composer to be awarded the Drama Desk Award in the category of Outstanding Music in a Play.  He also served as orchestrator and musical director.  STRIDER  has subsequently been produced all over the world including regional theaters across the United States.  It  is published by Samuel French.

Norman L. Berman served as Composer-in-Residence at the celebrated Circle Repertory Company in  New York City.   At Circle Rep he composed music scores for over 20 plays ranging from premieres by Tennessee Williams, Lanford Wilson, Marsha Norman and Paul Zindel to Shakespearean and Chekhovian classics. ​He received an Ace Award nomination for his score for the film Traveler's Rest, seen on Showtime Cable Network.  Norman’s other television scores have been heard on PBS, CBS Cable Television and the Discovery Channel. ​

For ten years Norman served as Composer-in-Residence for the Southern California based classical repertory company, A Noise Within, where he composed scores for 30 plays ranging from Sophocles to Thorton Wilder.

Norman  was commissioned by the Chelsea Theatre Center to create (along with theatre legends, Comden and Green) and to co-direct By Bernstein, a musical revue premiering Leonard Bernstein's unused songs from West Side Story, Candide, On The Town, Peter Pan and The Race To Urga.​

His score for the musical Winter Shakers was premiered by the Louisville Symphony Orchestra at the inaugural ceremonies at the Kentucky Center For The Performing Arts.

He collaborated with Alan Menken in creating the musical revue Patch, Patch, Patch, which premiered the songs of Mr. Menken.  He directed the revue at the Laurie Beechman Theatre in New York City.

Tchaikovsky unsuccessfully marries a woman in an effort to alter his homosexuality and during that debacle finds the true intimate companion of his life life in a quixotic, reclusive, dowager he never met.