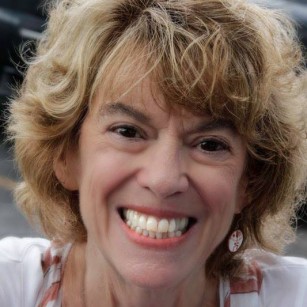 Micki Shelton
she, her, hers
Prescott, AZ
I am a playwright, editor, and textbook writer living in Prescott, AZ. Studied at SCR. I frequently collaborate with others to produce readings of new works.
[contact]
Website
Facebook
Biography 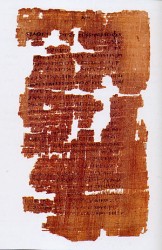 It is 1978. A priceless codex is uncovered in Egypt. Over 1600 years old, the manuscript is in good condition until it spends 17 years on the black market. Infinitely fragile, fragments are pieced together in a Swiss lab. Yet its journey is less shocking than its content, for this is The Gospel of Judas. Discovery begins with the restoration of the manuscript, moves to its effect on a small family, posing the question, “In a world where facts keep changing—from what we know about dinosaurs to what we know about our heritage—how do we hold onto our cherished beliefs, or can we?”

Cast:
Severine Hlasek: An expert who spent five years piecing together The Gospel of Judas in her Swiss lab. In her 60’s. Peter Wilholm: Ages 29 and 33. Severine’s intern. Sandy Thomas: Ages 23 and 27. Peter’s friend in Geneva. (Later, they return to the states and reconnect.) In Virginia, U.S.A.: Scott Thomas: 61. Sandy and Claire’s father. Claire Thomas: 33. Sandy’s older sister. Matthew Myerson: 58. Coptic scholar and professor of religion who, along with two other men, translated the manuscript. Dancer (may be played by the actor playing Claire). Quiz Show MC. US State Department Official. Male voice (Last three cast members may be double or triple cast.) 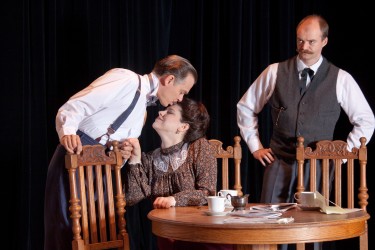 Fred and Mary: An Unconventional Romance
by Micki Shelton

Sparkling with fire and wit, Fred and Mary re-imagines the relationship between ground-breaking architect Mary Jane Colter and pioneering hotelier Fred Harvey who has been credited with “civilizing” the West. Straddling the border between historical and alternate realities, their story is interwoven with the beauty and culture of the indigenous people of the Southwest. 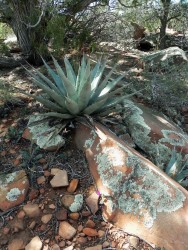 When two therapies converge in the Arizona desert, love is in the air; but supporting his mom’s way of healing her inner child still isn’t enough to prepare Garth for Frank’s ‘great white hunter’ ritual—or for his New York daughter, Serena. Sometimes a good laugh at ourselves is the best way to communicate and, maybe, the only way to heal the planet.

Cast:
MARS A grown-up child of the 60’s with a child-like innocence and charm. A vegetarian with an occasional craving for meat which she secretly indulges once or twice a year. GARTH Mars’ son, 17. A confirmed vegetarian who has never eaten meat even in utero. Simultaneously down-to-earth and mystical. He is fit, a swimmer and soccer player. FRANK A Sicilian health-food storeowner from Manhattan, turned McDonald’s manager with an east-coast attitude and a west-coast mentality. SERENA Frank’s daughter, 17. A typical teen-aged Sicilian girl from New York City with a matching attitude and a disinterest verging on distaste for anything “airy-fairy.” She plays basketball, acts, is in good physical shape. SERVER A typically enthusiastic young McDonald’s server.

My full-length play Fred and Mary: An Unconventional Romance, which received its world premiere in 2012 at the newly restored historic Elks Opera House, was declared a part of Yavapai County's Arizona Centennial Celebration. Thanks to Arizona treasure Elisabeth F. Ruffner for making this happen!

One of my newest ten-minute plays, Evolution Fast Track, was produced in the summer of 2017 in two festivals--by both Scottsdale's Theatre Artists Studio and in Prescott by Little Black Dress INK. Both festivals placed my play to run last. What an honor!