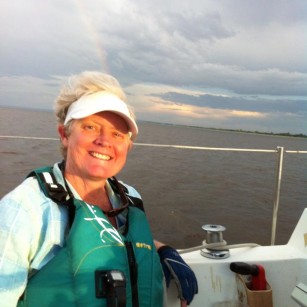 Marie Cooney
Saint Paul, MN
After sustaining a Traumatic Brain Injury in 2005, I am finally back and ready to write again! Thank you to PWC friends and the theater community!
Email Me
Biography

1992 - moved to Minnesota and joined the Playwrights' Center

A Remembrance is an award winning script about a lesbian woman falling in love with her roommate. Work with dramaturge, reading, audience discussion at PWC. Previous staged reading in Boston, MA.

The Reluctant Prophet(s) award winning modern adaptation of Jonah and the Whale. Comic drama set in Minnesota with one young prophet at first performance. Rewritten to include two young prophets, a boy and a girl, and the embodiment of the Divine. Work with dramaturge, reading, audience discussion at PWC. First performance with one prophet and small youth group of Prospect Park United Methodist Church in Minneapolis, MN. Second performance with two prophets, the Divine, and numerous sailors with a larger eighth grade youth group at Good Samaritan United Methodist Church in Edina, MN.

Grace award winning play about two Graces trying to come to terms with each other. ACT I is only the pre-injured Grace. ACT II includes the pre-injured Grace and post-Traumatic Brain Injured Grace, performed by two actors. Work with dramaturge, reading, audience discussion at PWC. Based on 1990s work related accident.

You, My Beloved award winning modern adaptation of Song of Songs, aka Song of Solomon creating shorter scenes with gay, lesbian, and straight characters. First written in response to homophobia within society and especially within communities of faith. Work with dramaturge, reading, audience discussion at PWC. Interview on KFAI radio during Write on Radio program with Christopher James. Future rewrite will include diverse characters of various faiths, cultures, and nationalities in response to love, loss, and redeption in times of peace and war. Thanks to Megan for bringing me to the RATS Conference in Iowa in 2000, which expanded my whole vision for this play!

PlayLabs - five summer seasons at the University of Minnesota as a stage manager,  then as the production stage manager and technical director. Absolutely best times!

June 29, 2005 - I sustained a second, life altering, Traumatic Brain Injury at work. Long rehabilitaion period of over ten years, when it was next to impossible to attend any theater events.

January 2018 - I rejoined the Playwrights's Center! Time to write and become more active again! Looking forward to meeting old and new friends from all walks of life!

Based on the biblical book of Esther, which Jews memorized and recited while being executed during the Holocaust. This two act play imagines a life of the little known Queen Vashti, whose presence cannot be demanded, and her influence on Queen Esther, whose presence cannot be denied. Both women challenge the status quo of what can be expected of women in their time. This play received a staged reading with professional actors,  an audience discussion, and work with a dramaturg at the PWC. Then it was produced as a stage reading with parishioners at Prospect Park, United Methodist Church.

This play is a modern adaptation of the biblical story of Jonah (and the Whale). Set in MN on the cusp of winter and spring, the prophet Jonah is a young boy with a chip on his shoulder, because children are not allowed at the Great Ice Fishing Villiage of Nineveh. The first draft received a reading with professional actors, an audience discussion, and work with a dramaturg at the PWC. A second draft was  then produced with a small youth group at Prospect Park, United Metodist Church. A third draft was written while I was working as An Artist is Residence at Good Samaritan, UMC. Due to the larger number of students in their youth group, this draft was rewritten to recognize the prophetic voices of males and females through the characters of young MN Twins named Jonah and Joanna; to flesh out a comical and ever-present Super D for Divine; and include more sailors from various home ports and faiths.

Grace is a semi-autobiographical play about two Graces: one pre-traumatic brain injury (TBI) and one post-traumatic brain injury. This was written sometime after my first TBI after 1996. Unfortunately, additional TBIs are typically expodentially worse than previous one(s). The three hardest things I had to face in my twenties and thirties were the unexpected death of my Dad, my first TBI at work, and the end of the long-term relationship which I thought would be forever. This play received a staged reading, audience discussion, and work with a dramaturg at the PWC. I am grateful to Gigi Jenson, who was able to cast the second Grace with an actor with a disability. Sustaining another TBI in 2005, which also resulted in having a Seizure Disorder, completely changed my life physically, cognitively, emotionally, socially and spiritually. Any future productions of Grace will be adapted to include more extensive challenges I've had to face these past twelve years. This long term recovery process has made the early death of my Dad, my first TBI, and the end of my long term relationship look like a piece of cake!

You, My Beloved was based on the biblical love poems found in Song of Songs, aka Song of Solomon. This initial version was written to be performed by as few as four performers: two male and two female, exploring various aspects of love experienced by straight, gay, and lesbian characters. This play also won a staged reading, work with a dramaturg, and an audience discussion at the PWC. Futhermore, I was interviewed in a local arts paper and on KFAI for an event highlighing scripts by queer authors. In addition, I attended the RAT Conference of War, where I had the great fortune to have three scenes presented in multiple languages during the final cabaret/open mic. Based on that experience, a future version, Beloved, aims to represent as many nations, faiths, sexual preferences and other differences as possible as well as a common humanity.

Terry and Danielle are best friends in college. Challenges abound when one of them comes out as a lesbian woman. This play's first staged reading was in Boston MA, and then it won a reading, audience discussion, and work with a dramaturg at the PWC. 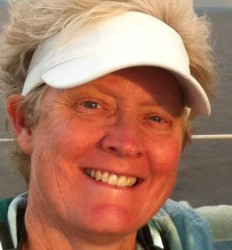 I started writing and performing short stories to improve my memory and feed my artist soul, after I sustained a Traumatic Brain Injury (TBI) in 2005 and the idea of writing plays was completely overwhelming. Recently I produced Zoom Stories with Marie Cooney & Guests when the Coronavirus pandemic hit. Prior to that, I was a first time producer at the MN Fringe 2019, where I invited 17 people to join me in performing stories over five nights of different topics and guests. In addition, I have performed with the Twin Cities MOTH at the Amsterdam Bar and at the Parkview Theater, with Word Sprout at Strike Theatre, with Story Club Minneapoiis at Bryant Lake Bowl, with OUTspoken at the Red Stag, at the Golden Thyme in St. Paul, and at other locations.  I also hosted two shows about Women and Brain Injuries for KFAI Radio during two International Womens Day celebrations.

Cast:
Marie Cooney as individual writer and performer. She also produced larger shows with other guests during the MN Fringe 2019 and as Zoom Meetings since the coronavirus pandemic.