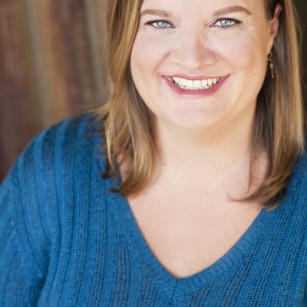 Based in Chicago, NYC and Mexico, Kim Schultz is a writer, actress and teacher specializing in comedic and authentic storytelling. She has worked at many national theatres, creating/writing work for Theatre de la Jeune Lune, The Chicago Improv Fest, Disney Cruise Lines, HBO Comedy Showcase and the Edinburgh Fringe Festival among others. She also created, produced and acted in a regionally televised comedy improv show on ABC called Comedy Hotel.

In 2008, Kim wrote and performed a critically acclaimed autobiographical solo show performed off-Broadway called, The F Trip. And after traveling to Jordan, Lebanon and Syria in the fall of 2009, Kim was commissioned to write a new play to draw attention to the Iraqi refugee crisis. No Place Called Home is the result. After an off-Broadway run in NYC in the fall of 2010, the play is now touring nationally, with a most recent exhilarating performance at The Kennedy Center in Washington, D.C., as part of World Refugee Day.

Kim is a published author, having recently published a small journal-style book about her experience in the Middle East called “Story Diary”, with The Veterans Book Project. Kim is also a category prize winner for a short story on Fieldreport.com, a NYC Moth storytelling champion for a story she wrote and performed about falling in love with a conman and has been published on humorpress.com, FutureTakes, Common Language Project and PolicyMic with articles about the Iraqi refugee crisis. She is currently working on a larger memoir about her experience of falling in love with one Iraqi refugee out of four million in the Middle East called Three Days in Damascus. 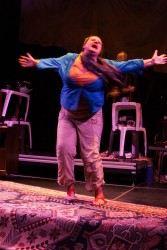 While traveling to Jordan, Lebanon and Syria to interview Iraqi refugees and hear their stories, Kim never expected to fall in love. She did. This is that story.