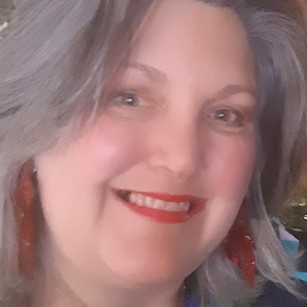 Born in West New York, NJ, Kathleen graduated from high school in Miami, FL, later attending NYU, first as an acting major.  She was studying in the Playwrights Horizon acting studio when she took a play writing class with Peter Parnell.  By the end of the semester, she'd applied and been accepted to NYU's Dramatic Writing Program.  She had the good fortune to have three short pieces accepted into the DWP Cabarets, which were begun by Gary Garrison.  She studied with Wendy Wasserstein, a personal hero.

Since then she has written more than 50 plays, enjoying productions around the U.S. in festivals (MO, IL, NYC, NJ, WA, to name a few), colleges (NYU - Stella Adler, Bridgewater- MA, Columbus State - GA), and non-equity theaters (such as Looking Glass in Staten Island and Metropolitan Theatre in NYC).  Her plays have been recognized with awards from the Association of Theatre in Higher Education (Companeras), the Larry Corse Int'l Play Award (Companeras), the Fullerton College Development Award (Trees), FutureFest Finalist (Trees).  One project that she is most proud of creating and producing is the 2018 World Peace Pageant, which involved more than 250 volunteers creating a giant puppet pageant at the Greenway Takeover Festival in September of that year.

Kathleen earned an M.A. in English and teaches colleges writing at the University of North Dakota.  A committed artist/teacher, she is currently developing devised theatre piece with individuals who were once homeless in North Dakota. 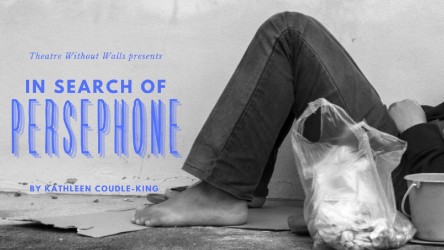 In Search of Persephone
by Kathleen Coudle-King

Demeter, from Athens, OH, has tracked her runaway daughter to ____, U.S.A. She encounters various individuals who are shelter insecure as she follows leads to reunite with her daughter.  The myth of Demeter and Persephone is in overlay for this contemporary telling of a mother frantic to find her missing daughter.