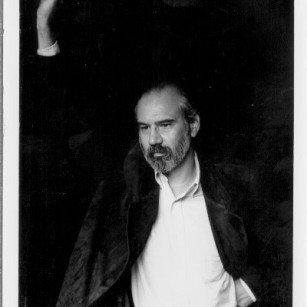 I am a poet with seven books of poems from independent and university presses, most recently, True Does Nothing (Plume, 2018)). Later this year my translations of the work of Jacques Prévert (titled After Prévert) will appear, again from Plume. My poetry has appeared in The Atlantic Monthly, Boulevard, Poetry, The New Yorker and The Times Literary Supplement; my fiction in Boulevard, North American Review, Narrative, and (prior to taking over as its editor), StoryQuarterly; and my essays, reviews and literary journalism in widely different venues—from Poetry and The Georgia Review to The Wall Street Journal and Threepenny Review. I am a Senior Contributing Editor of StoryQuarterly and teach literature and creative writing at Rutgers University, where I have worked for decades. In the early 80s, I was actively writing plays. My series of five one-act comedies, "Eavesdroppings," was given a script in hand presentation at the Manhattan Punchline in 1983, and two of these were produced by The Apple Corps of New York City as part of the Chelsea Theater Festival.

The Greek Word for Fish
by JT Barbarese

The play is a coming of age story, in two acts, with a prologue and epilogue. The principal events cover six weeks in the spring of an unspecified year, though we can guess it’s within the last two decades; the setting is a residential neighborhood in an unspecified northeastern city. Thom, a man in his mid-thirties who is the narrative host and main character, introduces the events with, "It was my mother’s idea,” and after a brief prologue the play enters scene 1, where the 18-year old Thom knocks at the door of The Woman, who has hired him for a job she “can’t quite manage”—emptying a bookcase and refilling it with a “middlebrow” selection of new books.  She attracts him with her beauty, intelligence and gentle lampooning of his religion (he's from a devout Christian family); he impresses her with his strong character, decency and common sense. By the end of act I she has got him into bed; in act II she persuades him to join her in watching what she calls "home movies," erotic videos of her and a vanished step-son, who abandoned her four years earlier. (The stepson's father, her ex-, had already abandoned her and his son years before.) The play ends with young Thom, his conscience nagging him, leaving the woman and the relationship for good. The epilogue relates how he saw her only once again, "the only time I ever saw her outdoors," in the supermarket where he worked.  The title of the play refers to the fact that the first syllable of the ancient Greek word ichthys--"fish," which was a password among first-century Christians during the Roman persecutions and the stepson's last message before he left, transliterates in English as "ick."