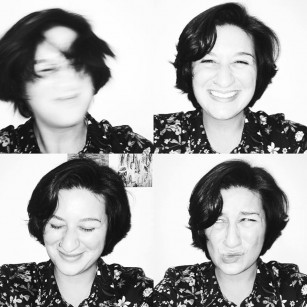 Darcy Parker Bruce is a playwright and educator from New Haven, CT, and a graduate of the MFA Playwriting program at Smith College. She's currently part of the faculty at several Connecticut Colleges, where she teaches Playwriting and Theater Activism. In the summers she joins the Sewanee Writers’ Conference as part of their staff. Her work has traveled across the US from New York to Hawaii, and has been developed through Smith College, the Great Plains Theater Conference, The Bechdel Group, Strange Sun Theatre's Greenhouse Series, and 20% Theatre Chicago, among others. She was the recipient of a 2017 Tennessee Williams Scholarship through the Sewanee Writers' Conference, and was recently granted ATHE's 2018 Judith Royer Award For Excellence in Theater, which brought her play SOLDIER POET to Boston. Additionally, her plays have enjoyed workshop productions with 2cents Theatre, NYC's Fresh Fruit Festival, Otherworld Theatre, and Dixon Place Lounge, among others. New play ALWAYS PLENTY OF LIGHT AT THE STARLIGHT ALL NIGHT DINER was a 2016 Semi-finalist for the Eugene O'Neill National Playwrights Conference as well as a 2016 Semi-finalist for Kitchen Dog Theatre's New Works Fest, and will be receiving its world premiere with Know Theatre of Cincinnati in 2019. New play ALL WE KNOW IS NOT ENOUGH was also a semi-finalist for the Eugene O’Neill National Playwrights Conference in 2017, is a current finalist for Unicorn Theatre’s new play-reading series, Trustus Theatre's new play-reading series, and was also a finalist for the 2016 Seven Devils Playwrights Conference. ALL WE KNOW will be receiving its world premiere with Cohesion theatre Company in Baltimore in December of 2019. New play SOLDIER POET recently premiered in D.C. with Theatre Prometheus. Her play EAST OF THE SUN was published in Summer of 2017 through Applause/ Hal Leonard’s Best American Short Plays. She has most recently been commissioned by Chester Theater Company to write a play for their 2020 Season.