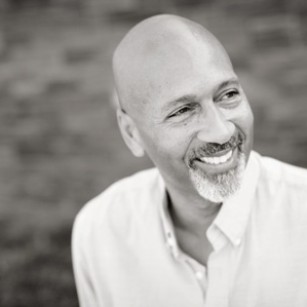 Alonzo LaMont is a Playwright with several

Houston, New York, and Amsterdam. Alonzo has written for

network TV, won awards, been on the big stage, the little

stage, and all points in-between. He’s been an Assistant Professor, an

pursuits. Most notable Playwriting “hits” include: “That Serious He-

Man Ball,” & “Vivisections From The Blown Mind.” Most days, he’s

Through an extended monologue, a middle-aged African-American man reflects on growing up black but not angry, his struggles as a playwright, his experience as an exotic dancer, reflections on his liberal arts background and it’s lingering effects, and his journey from “individual satellite” to married man.

Ultimately, it’s the loss of his son that forces him to face the precipice between continuing to write or abandoning his creative journey altogether.

Cast:
One African-American male. Handsome. 50-ish, but could pass for younger. Well-built. Slender.
Smiles From God
by Alonzo D. LaMont

Chauncey a Wilmington Delaware native, vicious factory thug boss AND adamant idolizer of ancient mythology, traps Rico, an artist in name only, of stealing value-less fluorescent tubing. As Rico faces his final moment of truth, he flashbacks through his life. As he bears witness and participates in the various stations of his life, he sees what kept him anchored to a city that never matched his yearning for mental, or physical adventures. Never a great artist, Rico’s held onto one, single idea that’s continually fascinated him. An evolutionary question of Darwinian proportions. A question Rico re-interprets into a quasi-fantastical spiritual inquiry: As the world was first being formed, as organisms evolved, “Why did life begin?” Was it based on something un-scientific? Perhaps an emotional stimulus? A yearning from above? Perhaps it was a calling from God? Rico never couples his idea with any real decisive action, and he never became, that most magical of creatures--- “special”. However, his idea does becomes very special, it’s turned into a performance piece/play that has a national audience. Unfortunately, Rico’s work is launched without his knowledge or consent.

As Rico reviews the baggage that kept him anchored in Wilmington, Chauncey, who’s (seemingly) only interest was solving the theft of his fluorescent tubing, reveals that the sabotage of the one thing that made Rico unique---was conducted by none other than Chauncey himself. What was the intention of Chauncey’s involvement? And, what is the greater deed: the artist who creates the work, or the person who takes the work and makes it known?

“Smiles from God” is about the loss of a life that never began, and for Rico it’s a cruel mythology that finally comes full circle.

Scott, Johnson & Vickers, a small public relations firm (4 employees, all African-American) has just won a prestigious award.  However, success soon takes a misstep. Cleopatra Scott, the firm’s CEO, volunteers to launch a series of Public Service Announcements for Douglass College, a historically black local college. Unfortunately, D’Acosta Johnson, the firm’s Admin. Assistant, included  inflammatory language in the flyers advertising the PSA’s. The flyer announces that the criteria for the PSA auditions revolve around certain “hair requirements.” The irony is made more pronounced by the fact that D’Acosta, the young African-American woman who composed and circulated the flyer, is currently a student at Douglass, and Cleopatra is an esteemed alumni who’s also African-American

How does a small firm of “Spin Specialists” unravel their wrongly miscalculated deed? As Cleopatra starts the process of examination, she finds a hornet’s nest of racial myth and madness that includes a very personal level of outrage. Cleopatra’s indignation is matched by D’Acosta Johnson’s more “modern” racial ethos. D’Acosta believes that, far from being controversial, her actions were entirely pragmatic.  As everyone’s reactions are investigated and questioned, we see a conflict that extends across generational as well as racial boundaries. Ultimately, the Master’s Of Spin must find a new direction and heal internal and external wounds.

I'm performing "B-Side Man," my original extended monologue, at The Tank in New York City October 29th and 30th. And "B-Side" is also being performed in November as part of the Charm City Fringe Festival. Dates are Nov. 9th-13th.