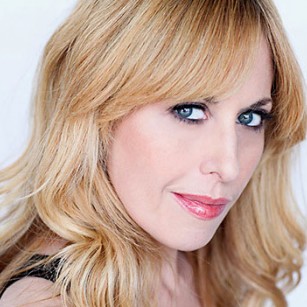 Ali MacLean is a graduate of the Miami University actor’s program and the LaJolla Playhouse Conservatory. Her play, Tales Of A Bleaknik, was performed at the Melrose Theater via the HBO Workspace. Ali has had her work performed at Comedy Central Stages, the Lyric Hyperion, Largo at the Coronet Theatre.  Her current play She’s Not There was selected for the Ensemble Studio Theatre Winterfest reading series and was a finalist for the Gary Marshall Theatre New Works Festival and was shortlisted for the Dennis and Victoria Ross Foundation Project. She’s Not There is the recipient of the 2018 John Gassner award. Her latest work Wolves At The Door is currently being work shopped at EST.

Ali has performed at several different festivals and theaters, including Rogue Machine Theatre, San Francisco Sketch Fest, Funny Women Festival, Gen Art, and Story Lotto. Her prose is published in The American Dream (Nation Books, 2008). Ali’s screenplays have been a Chesterfield Writer’s Project semi-finalist, a Scriptapalooza semi finalist, and an IFP Filmmakers Program finalist. Ali won the 2108 Writers For Writers fellowship, founded by Script Pipeline. She has written for networks like MTV, Vh-1, and FOX, and is currently a writer for the television series, Hollywood Darlings, on the Pop Network. 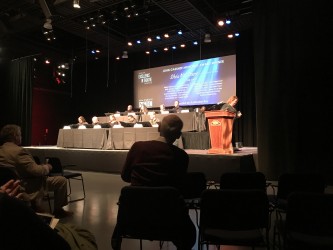 She's Not There
by Ali MacLean

When Rob meets Anna, he thinks she is the one. When Anna meets Rob, she thinks she can finally be happy. But there is a third party in the relationship that may destroy their union. Every night a shadowy Form seeps out of the walls of Anna's apartment and tries to kill her. As their romance deepens, so does her depression and the danger surrounding them. This play anthropomorphizes depression and explores how it can devastate a person and the lives of those around them.