A Conversation with Paula Vogel

THIS EVENT IS FULL and the waitlist is full as well.

The full conversation will be available on YouTube after this event. Links will be posted on pwcenter.org.

Join us for a conversation with Pulitzer Prize-winning master playwright Paula Vogel, Monday, June 20 at 7 p.m. at the Playwrights' Center.

Get an inside perspective of Paula Vogel’s process and ideas about theater-making. Known for her award-winning plays, Paula Vogel has also been a teacher and mentor to a new generation of playwrights.

This event is part of the Dramatists Guild Fund's Traveling Masters Program.

PAULA VOGEL is Playwright in Residence at Yale Repertory Theatre. Her play How I Learned To Drive received the 1998 Pulitzer Prize for Drama, the Lortel Prize, Drama Desk, Outer Critics Circle, and New York Drama Critics Awards for Best Play, as well as her second OBIE Award. Other plays include Indecent, Don Juan Comes Home From Iraq, The Long Christmas Ride Home, The Mineola Twins, The Baltimore Waltz, Hot ‘N’ Throbbing, Desdemona, And Baby Makes Seven, The Oldest Profession and A Civil War Christmas. In 2004-05, she was the playwright in residence at New York’s Signature Theatre. TCG has published four books of her work: The Mammary Plays, The Baltimore Waltz And Other Plays, The Long Christmas Ride Home, and A Civil War Christmas. Most recent awards include the Theatre Hall of Fame, Lifetime Achievement Award from the Dramatists Guild, and the 2015 Thornton Wilder Award. She is honored to have two awards to emerging playwrights named after her: the Paula Vogel Award, created by the American College Theatre Festival in 2003, and the Paula Vogel Award in Playwriting, given annually by the Vineyard Theatre since 2007. Ms. Vogel won the 2004 Award for Literature from the American Academy of Arts and Letters, the OBIE for Best Play in 1992 &1998, the New York Critics Drama Circle, the Hull-Warriner Award, The Laura Pels Award, the Fund for New American Plays, the Rockefeller Foundation’s Bellagio Center Fellowship, several National Endowment for the Arts Fellowships, the McKnight Fellowship, and a recent Lilly Award. She was recently awarded a Thirtini from 13P in New York. She has been a fellow at the MacDowll Colony, the Double Ucross Colony, as well as Yaddo. She has taught for 24 years at Brown University and for five years at Yale School of Drama where she was the Eugene O’Neill Professor of Playwriting. She is honored by Philadelphia Young Playwrights and Quiara Hudes, who is curating the Paula Vogel Mentors Project. Playwrights with whom she has worked include Sarah Ruhl, Lynn Nottage, Nilo Cruz, Bridget Carpenter, Gina Gionfriddo, Christina Anderson, Ayad Akhtar, Gina Gionfriddo, Jen Haley, Quiara Hudes, Adam Bock, Jordan Harrison, Dan LeFranc and a host of original voices in the United States and abroad.

THE DRAMATISTS GUILD FUND'S TRAVELING MASTERS PROGRAM is a national outreach program that brings prominent dramatists into communities across the country for writing workshops, master classes, talkbacks, and other public events. In partnership with leading regional theaters and universities, the Traveling Masters Program creates local programming that give theater professionals and the public first-hand experience with renowned artists. 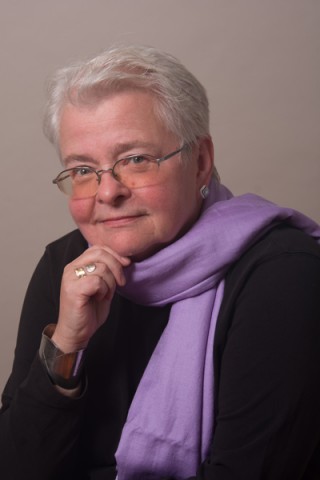