An Invitation to Practice: A Conversation with Daniel Alexander Jones and Jeremy B. Cohen 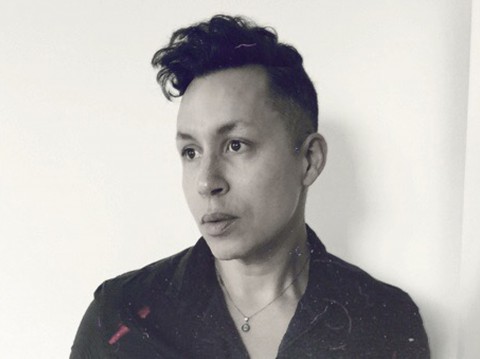 For each of us—artists, students, audiences —how we sustain and how we nourish our lives is critical. And at no moment more than right now. Award–winning playwright and theater–maker Daniel Alexander Jones joins Producing Artistic Director Jeremy B. Cohen for a conversation about how we find solace—whether it be movement or stillness—in our present time.

Audiences and critics across the United States, and abroad, have acclaimed Jones’s interdisciplinary work. His performances onstage, on record, and in digital media as his alter-ego, Jomama Jones, include Radiate (Soho Rep, and national tour), Night Flowers (JACK), the albums Six Ways Home, Radiate and Lone Star, and a series of annual online New Year’s Messages. His performance pieces and plays include Blood:Shock:Boogie, Phoenix Fabrik, Bel Canto, Cab and Lena, and The Book of Daniel. Jones is developing, both, An Integrator’s Manual (FUSEBOX, and La MaMa, etc.) and Jomama Jones: Flowering as multi-platform projects over the next two years. Daniel’s dynamic community of collaborators includes Helga Davis, Sharon Bridgforth, Jane Saks, Will Davis, Kyla Searle, Samora Pinderhughes and Dr. Bobby Halvorson. Daniel has directed world premiere productions of pieces by Dr. E. Patrick Johnson, Erik Ehn, Shay Youngblood and Renita Martin, among others. Daniel Alexander Jones was named a 2015 Doris Duke Artist; he received the Alpert Award in Theatre, and was a fellow at Occidental College, NYU/Hemispheric Institute, and the ESB Institute at Columbia College. Daniel was an inaugural Creative Capital Artist, and the MAP Fund, the Jerome Foundation, and McKnight Foundation, among others, have supported his work. Daniel was a Resident Playwright with New Dramatists, a Core Member of the Playwrights’ Center, and has lectured or taught at numerous colleges, universities, theatres and arts organizations nationally. He heads the Playwriting track at Fordham University, where he is an Associate Professor of Theatre. Daniel lives in NYC. danielalexanderjones.com

PLEASE NOTE: This conversation is presented online. A link to a ZOOM webcast will be emailed to registrants 30 minutes prior to the scheduled start time.