Join us for a conversation with Philip Bither and Meiyin Wang on Monday, May 16, at 7 p.m. at the Playwrights' Center. RSVP here.

How do curators and producers create relationships with theater artists so that they become partners in the production? What does a producer/curator look for when scouting the field? Join us for a unique conversation with two of the most respected curators and creative producers of adventurous international new work: Philip Bither, Director and Senior Curator of Performing Arts at the Walker Arts Center, and Meiyin Wang, Independent Producer and Curator and Former Co-Director of The Public Theater's Under The Radar Festival. Who are the artists that inspire them? What is the new work they want to share with you and why?

Philip Bither has served as Senior Curator of Performing Arts for the Walker Art Center since April 1997. At the Walker he oversaw the building of the acclaimed McGuire Theater (opened 2005); raised the Walker’s first dedicated performing arts endowment, commissioned more than 120 new works in dance, music and performance, and has supported dozens of developmental residencies for contemporary performing arts creators, established and emerging.  In 2011, he helped found the Institute for Curatorial Practice in Performance (ICPP) graduate program at Wesleyan University and has been a Jerome Foundation Trustee since 2009. He travels globally to research new performance, sits regularly on foundation and government arts panels, and speaks and writes nationally about trends in the contemporary performing arts.

Meiyin Wang is a producer and curator of live performance based in the Bay Area. She was most recently the Co-Director of Under the Radar Festival and Director of the Devised Theater Initiative (DTI) at The Public Theater in New York. Since 2005, the annual 12-day festival has presented over 200 companies from 37 countries and is a catalyst in discovering new performance in the US and around the world. In 2013, she led the creation of DTI, a program that serves as an incubator for independently produced work through project support, year-round development, resource alignment and artist services. She is the curator of Park Avenue Armory artists residency and was the lead curator of Arts Emerson’s TNT Festival 2012. She serves on the board of Theater Communications Group. She holds a M.F.A. in Directing from Columbia and was born and raised in Singapore. 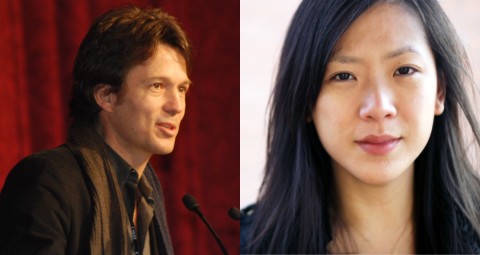